Tragedy struck Queen Margaret when her loving husband died on 9 September 1513 at the Battle of Flodden, leaving their 17-month-old son as king. Although she may not have known at the time, Margaret was also two months pregnant with her last child conceived between Margaret and her deceased husband. Now queen dowager, Margaret had to act quickly to protect not only herself and family, but also the entire realm of Scotland. Scotland as it was then known was a recently unified country, with the last independent isles of Scotland having submitted to James IV in 1493. Also, there was the current war going on between England, where Margaret’s younger brother was king, and France. The death of Margaret’s husband potentially exposed Scotland to civil war on two fronts; first, bitter in-fighting between the Scottish lords over territory and dominance and second, who would hold the regency for the toddler-king James V and be the de facto ruler of Scotland. 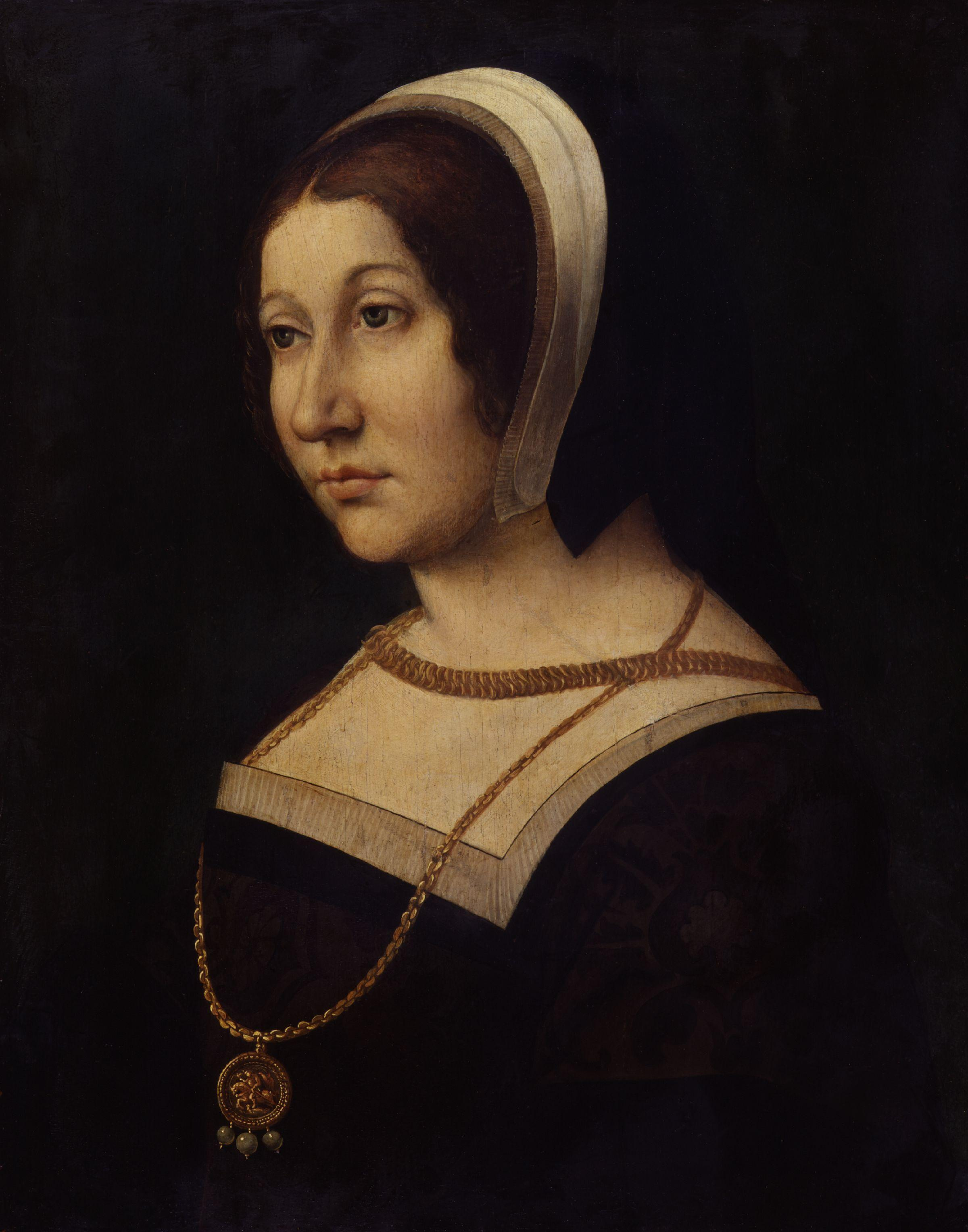 Margaret’s only surviving child was crowned king on 21 September 1513 in the chapel at Stirling Castle, where she and her toddler son were staying while Margaret’s husband went to fight the English. Parliament met at Stirling Castle shortly after James IV’s death and did confirm Margaret as regent for James V. This made Margaret the most powerful person, man or woman, in Scotland. Margaret was also sister to the aggressive English king. As a result, the Scottish nobility possessed an innate distrust of Margaret.

Plans were being formed to replace Margaret as regent with John Stewart, Duke of Albany. John Stewart was a descendant of James II of Scotland; John’s father, a product of James II’s second marriage, had fled Scotland for France. John grew up in France with his French mother, where he was also recognized as Count of Auvergne and Lauraguais. Throughout his life, John was either the heir presumptive or second in line to the Scottish throne. His return to Scotland in spring 1514 at the invitation of parliament almost started a civil war, with Scotland being divided between pro-French and pro-English factions. With the ascension of James V, John was now second in line to throne after Alexander Stewart, Duke of Ross was born to Margaret on 30 April 1514.

Margaret showed political acumen during her time as regent, assisting in effecting peace between the Auld Alliance and England in 1514. By summer 1514, it was apparent that Margaret, Queen Dowager and Regent of Scotland, was drawing rather close to the Douglas family. In particular, Margaret seemed fond of Archibald Douglas, 6th Earl of Angus. Archibald had recently inherited his title, as he lost his father at the battle of Flodden. Perhaps Margaret and Archibald were able to bond over their mutual grief from the Battle of Flodden. On 6 August 1514, Archibald and Margaret were married in secret. A wildly unpopular move, John Stewart blockaded Margaret at Stirling Castle, resulting Margaret ultimately relenting to John, who became regent and gained custody over James V and the infant Alexander in early 1515. Margaret then fled to London by obtaining permission to travel to Linlithgow Palace. Safely in London by October 1515, Margaret gave birth to the future Countess of Lennox and daughter of Archibald, the Lady Margaret Douglas.

Henry VIII gave Margaret a warm welcome, lodging her in Scotland Yard, the historic home of Scottish kings.  After a stay of roughly two years, Margaret returned to her adoptive country of Scotland in 1517. Upon arriving, she had learned that Archibald was living off her money and keeping the company of another woman. Margaret did attempt to reconcile with Archibald, but to no avail. She wrote to her brother,

“I am sore troubled with my Lord of Angus since my last coming into Scotland, and every day more and more, so that we have not been together this half year… I am so minded that, an I may by law of God and to my honour, to part with him, for I wit well he loves me not, as he shows me daily.”

Margaret would not secure her divorce from Archibald until 1527, and not without some help from John Stewart.

The regency of James V ended in August 1524, after a bold political move by Margaret. James V’s regency ended only by Margaret organizing a force to end the regency. John Stewart had recently gone back to France and Margaret organized with other Scottish lords to deliver James V from Stirling Castle to the capital of Edinburgh. However, Archibald, now estranged from Margaret, seized custody of James V in July 1525. James was held as Archibald’s prisoner for three years. With the assistance of Henry Fitzroy, the illegitimate son of Margaret’s brother, James V was finally able to escape the clutches of his stepfather Archibald in 1528, after Margaret had divorced Archibald.

Almost immediately after divorcing Archibald, Margaret entered into what was to be another unhappy marriage with Henry Stewart, Lord Methven. Margaret was to have no children by Henry Stewart. Margaret and Henry Stewart did hold influence over James V until approximately 1534, when a meeting Margaret had arranged between her son and brother was frustrated by members of James V’s council, which ultimately led to James V losing trust in his mother.Margaret attempted to divorce Henry Stewart in 1537, only to be reconciled to him in approximately 1539.

Margaret slipped quietly away from life at Metheven Castle on 18 October 1541. During her lifetime, Margaret had been not only a queen consort, but also the de facto ruler of Scotland. Margaret was an expert at intrigue and certainly had no fear of standing up against men for what Margaret believed was best for her children and Scotland. Margaret’s son, James V, became the father of Mary, Queen of Scots. Mary, Queen of Scots, married Henry Stewart, Lord Darnely, the son of Margaret’s daughter Lady Douglas through Margaret’s second marriage. The only issue of Mary, Queen of Scots and Lord Darnley was Margaret Tudor’s great-grandson through both the maternal and paternal lines, James VI. Upon the death of Elizabeth I of England on 24 March 1603, James VI became James VI of Scotland and James I of England. Thus, Margaret’s legacy and initial purpose to attain lasting peace between Scotland and England through her great-grandson was finally achieved.

Anecdotally, the Tudor women were regularly given typically male roles during their times as queen. For example, in 1513, Queen Catherine de Aragon of England was serving as regent while Henry VIII fought in France. It was Queen Catherine who sent the army to meet Margaret’s husband at Flodden. As discussed supra, Margaret was made regent during the minority of her son James V. Queen Anne Boleyn was crowned not as queen consort, but as the actual queen in 1533. Catherine Parr was appointed regent in 1544 when Henry VIII was again warring in France. Thereafter history saw two famous Tudor women as queens in their own right; namely Mary I and Elizabeth I.