Portraits, left to right, of Eleonore, Charles V, and a toddler Isabella, by the Master of St. Georgsguild, c. 1503, via Wikimedia Commons.

Isabella of Austria and Trastámara was the third child and second daughter of Juana of Castile and Philip the Handsome of Burgundy. She was born 18 July 1501, and was less than 18 months younger than her older brother Charles V.  She was born in Brussels, and baptized there by the Bishop of Cambrai. After her father’s death in 1506 when Isabella was five years old, she and her sisters Eleonore and Maria, along with her brother Charles, stayed on at the their aunt Margaret of Austria’s court in the Low Countries. Margaret of Austria was serving as Regent of the Low Countries for the Holy Roman Emperor Maximilian I von Habsburg, Isabella’s paternal grandfather.

Isabella enjoyed an excellent education, and had the future Pope Hadrian VI as a tutor, amongst others. Margaret was very supportive of a thorough education for the nieces and nephew under her care. Isabella grew to have a very strong relationship with her Aunt Margaret. As a point of interest, Margaret von Habsburg was named after her Margaret of York, the stepmother of Maria of Burgundy. Maria of Burgundy married Maximilian I von Habsburg, and the couple’s surviving children were Philip the Handsome and Margaret.

Returning to Isabella, she was proposed as a bride for Christian II of Denmark and Norway in 1513. Christian was born in 1481, making him twenty years older than Isabella. Christian had hoped to marry Isabella’s older sister Eleonore, who was born in 1498, but Eleonore was too valuable a bride. Christian accepted Isabella, and the two were wed by proxy on 11 June 1514 in Brussels. Isabella moved to her new country in 1515, after she attained the proper age for a young noblewoman to perform her marital duties. 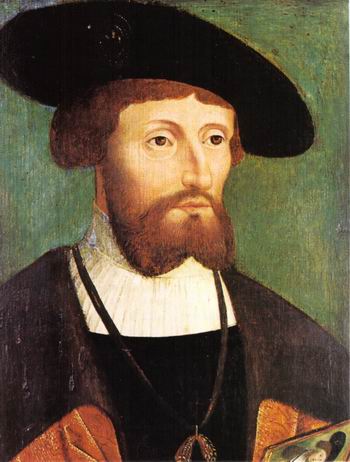 Christian II of Denmark and Norway, possibly by Jan Gossaert, via Wikimedia Commons.

The journey from the Low Countries to Denmark turned out to be very dangerous for Isabella and her entourage. The young woman, who is said to have fallen in love with her husband at the sight of his portrait, was escorted by the Archbishop of Nidaros, Eric Walkendorf. A storm blew in while Isabella was at see, and she almost shipwrecked off the coast of Zeeland. Isabella managed to safely arrive and enjoyed her solemn entry at Copenhagen on 10 August 1515. The couple’s marriage was ratified two days later.

Isabella, who took up the name Elisabeth in her new country, had a rough first couple years as Queen Consort. Her 34-year-old husband maintained a mistress since  between 1507 to 1509. The mistress, a commoner named Dyveke Sigbritsdatter, was 35. Dyveke’s mother Sigbrit, also a commoner, took up the role of advisor to the king after Christian was crowned in 1513. Not much is known about the relationship between Christian and Dyveke, but it was enough of an aggravation to Isabella that her grandfather, the Holy Roman Emperor Maximilian I, sent an envoy to try and improve the situation. 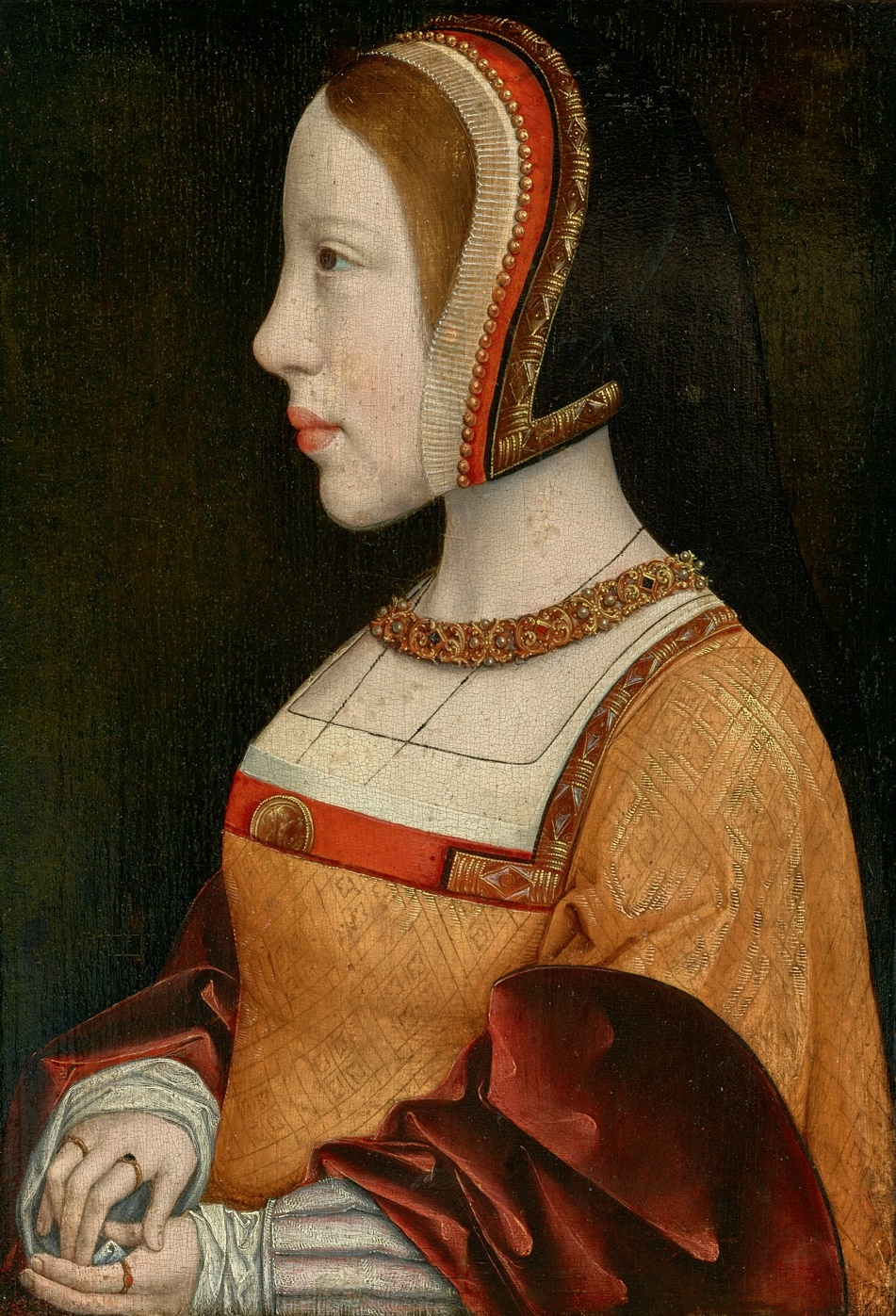 Isabella of Austria c. 1515 by Master of the Legend of the Magdalen, via Wikimedia Commons.

The envoy, Siegmund von Herberstein, had no meaningful experience as a diplomat. He was tasked with convincing Christian to part with Dyveke. Isabella, who gave birth to her first child, a boy named Christian, in 1516, was likely greatly distressed by the constant presence of Dyveke. Von Herberstein was not successful in convincing the king to part with his mistress.

At some point in 1516, Isabella gave birth to the baby Christian, who died not long after his birth. At around the same time, the Archbishop of Nidaros tried to convince the king to send home Dyveke, and was also ignored. Perhaps providing Isabella some relief, a noblewoman named Anne Meinstrup was appointed Isabella’s chief lady-in-waiting, and was extremely critical of Christian II’s relationship with Dyveke.

The issue with Dyveke resolved in Summer 1517, when she was allegedly poisoned with cherries and died. Dyveke’s mother Sigbrit stayed on at court as Christian II’s financial advisor until 1523, after which she fades into obscurity. Unfortunately for Anne Meinstrup, Sigbrit removed Anne after Dyveke’s death. Sigbrit became Isabella’s chief lady-in-waiting, and Anne lived in exile until 1523.

After the death of Dyveke, Isabella gave birth to a second child, Johann, in 1518. Christian’s five-year war with Sweden began in 1518, as well. Sigbrit convinced Christian II to allow her, not Isabella, too raise the young Johann, much to Isabella’s humiliation and frustration. Isabella soon fell pregnant again, and gave birth to twin boys named Maximilian and Philip Ferdinand in 1519. The twin boys died in infancy. 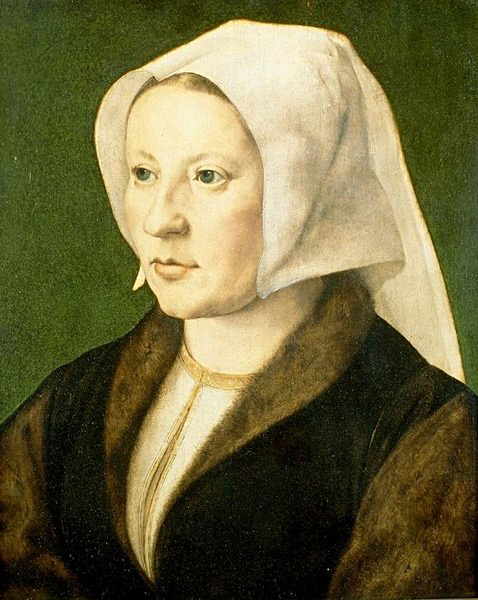 Isabella of Austria by Jan Gossaert, via Wikimedia Commons.

Isabella’s fourth child and first daughter, Dorothea of Denmark and Norway, was born in November 1520. While Isabella was pregnant with Dorothea, Christian II was in Sweden trying to reclaim the territory as part of the Kalmar Union. Isabella acted as regent in his absence. Christian earned the epithet of “the Tyrant” after ordering the Stockholm Bloodbath on 7 November, shortly before Dorothea’s birth. By 10 November 1520, Isabella was giving birth to Dorothea and 82 Swedish, including Catholic bishops, had been executed. Christian took many Swedish women, widowed by the Bloodbath, as captives and brought them back to Denmark. Christian showed his duplicity on a grand scale when he told Pope Leo X that is was Christian’s out-of-control army who killed the bishops, while at the same time Christian told the Swedish people he had to kill the bishops to avoid papal interdict.

Another daughter, Christina of Denmark, was born the following November. During 1521, Christian softened toward his wife and settled colonists from the Low Countries on the Island of Amager, directly to the east of Copenhagen and separated from the capitol city by a river. Christian allowed the colonists to maintain their cultural traditions, including the Dutch legal system. Isabella enjoyed the company of her countrymen and speaking in her mother tongue when she had the chance. Isabella, raised very much as a glittering Burgundian princess, was at times quite out of place at the Danish court.

Isabella may have miscarried another child in January 1523.

1523 was a tumultuous year for Isabella and her family, to say the least. Christian was forced to abandon the throne on 20 January 1523. Isabella, her husband, and their three surviving children who were all five years old or younger, Johann, Dorothea, and Christina, were forced into exile by Christian’s rebellious subjects, and the throne offered to Christian’s paternal uncle Frederick I. Frederick preferred to reside in his German territories whenever possible, and enjoyed correspondence with Henry VIII of England.

Interestingly, the Danish rebels preferred Isabella remain as their queen and act as regent for her little son Johann. They specified in the declaration against Christian that he was deposed in part due to his vile behavior towards their virtuous queen. Isabella, ever faithful, chose exile with her husband and children. On 14 April 1523, Isabella, Christian, their children, and Sigbrit abandoned the kingdom and left for the court of Isabella’s aunt Margaret, who continued acting as Regent of the Low Countries for their brother Holy Roman Emperor Charles V.

Detail of an altarpiece from Elsinore, Denmark, showing Christian II and Isabella of Austria, Artist Unknown, c. 1514, via Wikimedia Commons.

The couple visited Elector Frederick the Wise of Saxony in late 1523 to early 1524, when the Lutheran Reformation was in full swing. The couple spent time in Wittenberg, and it was around then that Isabella’s Lutheran leanings became apparent. She may have come in contact with Martin Luther himself during her time in Wittenberg.

In 1524 during an Imperial Diet at Nürnberg, Isabella asked her brother Charles V for financial relief, which was declined, due to her budding Lutheranism. He publicly reprimanded Isabella instead, much to her disgrace. At around this time, Denmark again asked Isabella to return with her children, but she refused once more and went with her husband back to the Low Countries.

Over the summer of 1525, Isabella took ill. Her illness was worsened by the traveling she and her husband did in a bid to have their kingdom restored. During a storm in late 1525, Isabella’s illness took a turn for the worse. She died on 19 January 1526, surrounded by her husband, children, and court dignitaries.

Isabella was reportedly given the last rites of both Protestant and Catholic teachings, and her body entombed in the St Peter monastery in Ghent. Her son Johann joined her in her tomb after his death in 1532. Despite Isabella’s Protestant leanings being widely known, the Habsburg family declared and emphasized that she died a devout Catholic. Isabella asked her aunt Margaret to help Christian and their children in reclaiming the throne of Denmark and Norway.

Christian wrote to Luther to notify him of Isabella’s death. The letter reflected Isabella’s Lutheran convictions and willingness to support Lutherans in the Low Countries, despite their condemnation as heretics by her aunt Maragaret. Perhaps surprisingly, it also showed Christian’s sorrow at the passing of a wife he neglected for so many years.

Isabella’s tomb was destroyed by Calvinists in 1578. She is now interred at the Church of St. Knuds in Odense.