Remember, remember!
The fifth of November,
The Gunpowder treason and plot;
I know of no reason
Why the Gunpowder treason
Should ever be forgot!
Guy Fawkes and his companions
Did the scheme contrive,
To blow the King and Parliament
All up alive.
… make the bells ring!
…God save the King! 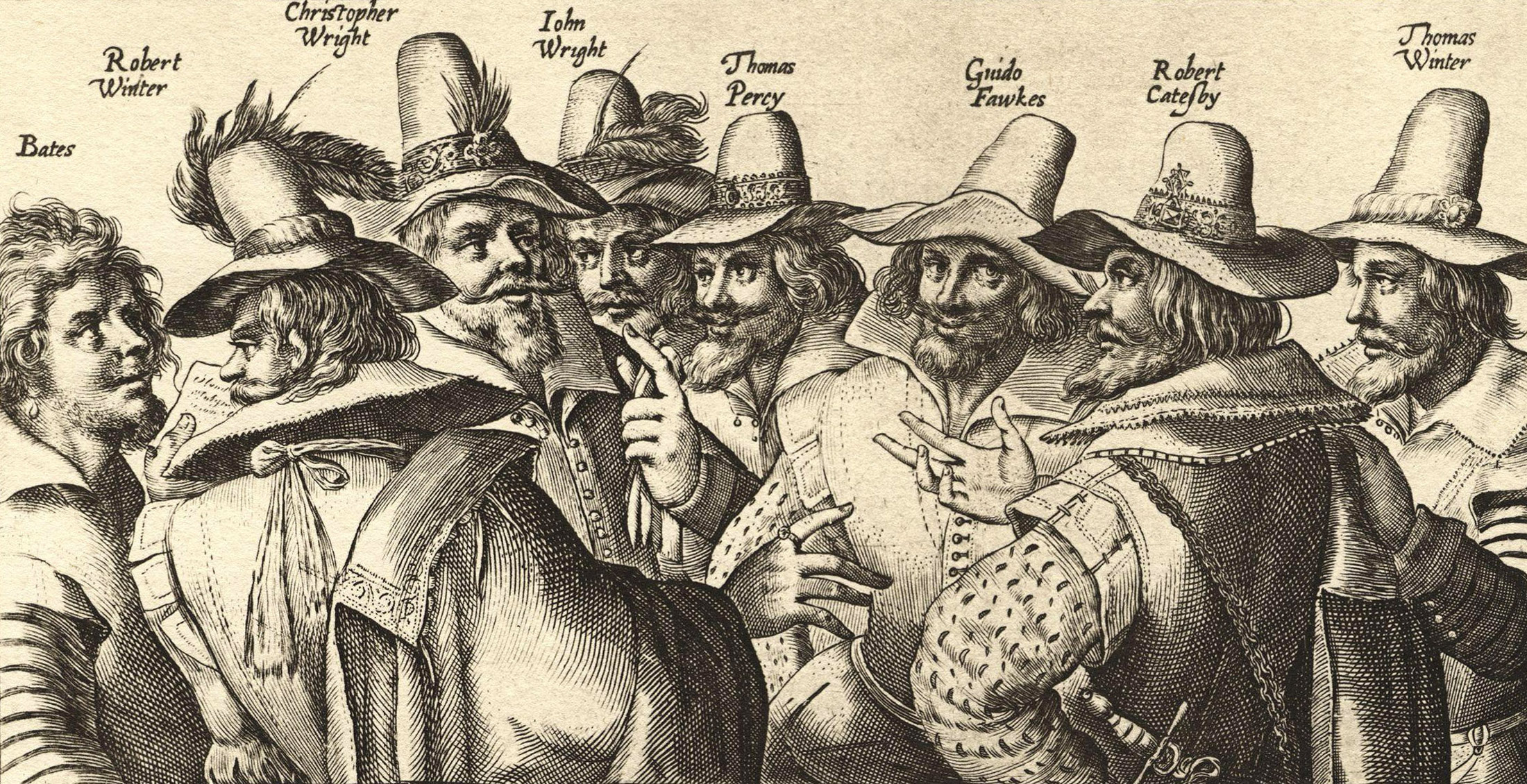 The Protestant King James I of England had recently taken the throne in March 1603 after the death of Elizabeth I. There was hope that anti-Catholic laws would become less severe, but as of 5 November 1605, that had yet to happen.

Guy Fawkes was recruited in May 1604 by Thomas Wintour, cousin of Robert Catesby, to assist with the diabolical plot of blowing up the King, the Prince of Wales, and others at the next Opening of Parliament. The conspirators would then kidnap Prince Charles and Princess Elizabeth and return the country to the Catholic fold.

Fawkes was an established mercenary, having been a distinguished member of the Spanish army. The first plan for the plot was to dig a tunnel underneath parliament. Catesby rented a house close to the Palace of Westminster so they could begin digging. This proved to be an exercise in futility, so, in March 1605, the party made use of their connections and rented a cellar beneath the House of Lords. Lord Monteagle, another party to the plot, received an alarming letter not ten days before the Opening of Parliament, showing that their plot had been foiled. Several members of the conspiracy then fled.

Guy Fawkes was in the rented cellar the night of 4 November into 5 November when the authorities came to inspect its contents. The gunpowder discovered, Guy Fawkes was quickly taken into custody. Though pressed to give up the names of his co-conspirators, Fawkes kept his silence. The rebels made a final press on 6 November and raided Warwick Castle. On 8 November, most of the rebels were finally apprehended; Wintour was shot in the shoulder and later died of his wounds. Catesby, along with others, were also shot dead. A few other conspirators were arrested on 12 November and 27 November, then taken to the Tower.

Several interrogations and trials later, the traitors were set to be executed on 30 January 1606. The bodies of Catesby and Wintour were dug up and decapitated. Some conspirators were dragged through the streets, then publicly hanged until they were half-dead, then castrated and disemboweled before being quartered. On 31 January 1606, Guy Fawkes was hanged, drawn and quartered, as well. However, Fawkes, although weakened from torture, managed to jump down from the gallows and break his neck in the noose, thus preventing him from feeling the further agonies of being drawn and quartered.

Sadly, the Gunpowder treason and plot had the exact opposite effect on Parliament and King James I in that more restrictive anti-Catholic laws were passed in the summer of 1606. Remember, remember, the fifth of November!