There was and yet is the rumour that Sir Thomas Wyatt, Tudor-era poet and diplomat, was in love with Anne Boleyn. Wyatt was born in 1503, making him either three years younger or four years older than Anne Boleyn. Wyatt entered Henry VIII’s service in 1526. It was right around this time that Henry’s desire for Anne was becoming known at court. Wyatt is said to have written a few poems about Anne, including: 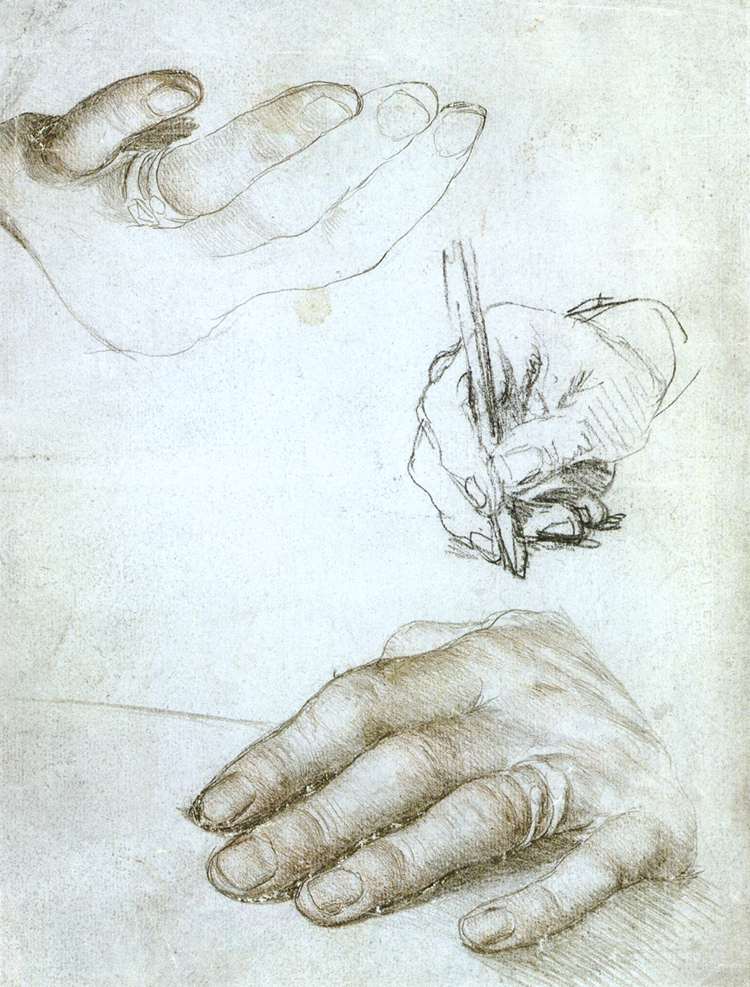 ‘Whoso List to Hunt, I Know Where Is An Hind’

Whoso list to hunt, I know where is an hind,
But as for me, hélas, I may no more.
The vain travail hath wearied me so sore,
I am of them that farthest cometh behind.
Yet may I by no means my wearied mind
Draw from the deer, but as she fleeth afore
Fainting I follow. I leave off therefore,
Sithens in a net I seek to hold the wind.
Who list her hunt, I put him out of doubt,
As well as I may spend his time in vain.
And graven with diamonds in letters plain
There is written, her fair neck round about:
Noli me tangere, for Caesar’s I am,
And wild for to hold, though I seem tame.

In this poem, we see a hunter warning others who wish to chase a spectacular deer. The hunter has wearied himself chasing the deer. No matter what he does, though, he cannot ignore the beast and expended his energy trying to find her, describing the deer’s capture as trying to hold the wind in a net. The hunter warns that the deer is owned by the king, wearing a collar which forbids anyone to touch her.

Wyatt wrote at least two, possibly up to four, more poems about Anne Boleyn at various stages of her life, giving a contrasting yet complementary look into how this woman was viewed by two men: Wyatt the Poet and Henry the King.