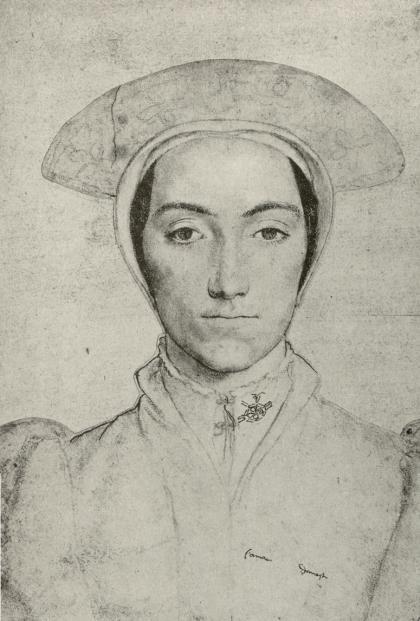 After just over six months of marriage, on 9 July 1540, Anna von Kleve, more commonly known as Anne of Cleves, was divorced from Henry VIII of England. As part of her reward for acquiescing so easily to Henry’s request, she would forever after be known in England as the Daughter of Cleves and Henry’s sister, though she signed letters to her brother as “Anna, born Duchess of Cleves,” or a variation thereof.

Anna was gifted many properties, including that at Chelsea and Hever Castle, the childhood home of Anne Boleyn. Anna maintained a relationship not only with Henry, but also with his daughters Mary and Elizabeth. Anna would go on to live the rest of her life in England before dying at the age of 41. She never returned to the Holy Roman Empire, parts of which comprised most of what we know today as Germany.

It is presumed that Anna never returned home as she wished to be safe from her younger brother Wilhelm and remain off the international marriage market. This idea has no true basis, when we look to the example of the youngest child from the House of Von der Mark, Amalia von Kleve.

Born 17 October 1517, Amalia was two full years younger than Anna. Amalia was one of two sisters considered by Henry as a potential future bride, with the eldest sibling, Sybylla, already married to the Duke of Saxony. Hans Holbein was sent to create likenesses of the two sisters, and his sketch of Amalia survives. In it, we see that Amalia has the same hooded eyes as Anna, though Amalia’s features are sharper. Amalia also appears to be brunette, where Anna was documented as blonde. Based off Holbein’s work, Henry chose Anna. What happened to Amalia?

Wilhelm, the brother of Sybylla, Anna and Amalia, now Duke of Jülich-Kleve-Berg, sought to make another regional political alliance for the House of Von der Mark. A few years after the English betrothal, an alliance was agreed to between Wilhelm and the Margrave of Baden, which would be sealed by the marriage between Amalia and the Margrave’s son. The Margrave had two sons; first, Bernhard, who had been turned out from his family due to Bernhard’s immoral and raucous behavior, but was later welcomed back after his sisters pleaded with the Margrave; and second, Karl, who was born in July 1529 and thus, almost twelve years younger than Amalia. Both Bernhard and Karl would go on to rule as Margraves.

Wilhelm, respecting his sisters who were all strong women, refused to marry Amalia to someone like Bernhard, whom Wilhelm believed could not beget heirs with Amalia due to his dissolute living. Wilhelm also refused to force Amalia to marry a child. As a result, Amalia remained in her brother’s court the rest of her life, without spouse or children.

Wilhelm went on to have four daughters and two sons. Amalia helped raise her nieces, who all went on to make good marriage matches. Interestingly, all four nieces received a Lutheran education, whereas the two sons received a Catholic education. Given that Amalia’s father was very tolerant of religious differences and the family’s connection with Luther through the court of the oldest child Sybylla, it is not as odd as it may first seem. Amalia herself observed the Lutheran faith and was unwilling to allow her nieces to adhere to Catholicism.  Amalia’s dedication to Lutheranism so enraged Wilhelm at one point that he drew his sword and went after Amalia. But for the fast-thinking of a servant who shut the door in Wilhelm’s face, things could have turned grim for Amalia quite quickly.

Amalia also seems to have enjoyed music and poetry. There is a songbook, the original of which can be found in Berlin, in which Amalia was very interested. The book was owned by Katharina von Hatzfeld, who, despite being almost 20 years Amalia’s junior, was likely friends with the youngest Duchess of Cleves. The song book contains five spiritual songs, dedicated to the Virgin Mary, and twenty-seven love songs, interspersed with short poems or rhymes. There is also a poem by Amalia hand-written into the book, which is about longing for a beloved.

Amalia died 1 March 1586 in Düsseldorf, the seat of power for her family. Four years earlier, Wilhelm’s wife and Amalia’s sister-in-law died, but Amalia refused to go to the Catholic ceremony. Wilhelm got his revenge upon Amalia by having her interred in St. Lambertus Church in Düsseldorf, a Catholic church. She had outlived her two older sisters by almost thirty years. That is what happened to Amalia.

6 thoughts on “Amalia of Cleves, Sister of Anne of Cleves”