On 7 or 8 October 1515, Margaret Douglas was born to Margaret Tudor and Margaret Tudor’s second husband, Archibald Douglas. Margaret Douglas’ mother fled into England over trouble between Margaret’s half-brother James V of Scotland and Margaret’s father Archibald. Margaret was born at Harbottle Castle in Northumbria. She joined Cardinal Wolsey’s household around 1528, when she was roughly twelve years old. After Wolsey died in 1530, Margaret was ushered into Mary Tudor’s household. Shortly afterward, when Anne Boleyn was installed, Margaret served Anne as a lady in waiting. During this time, she met Anne’s uncle Lord Thomas Howard, and the two fell in love.

Lord Thomas, born c. 1511, was one of seventeen children born to Thomas Howard, 2d Duke of Norfolk. He was the second child and son from the Duke’s second marriage, and overall the thirteenth child and tenth son of the Duke. Elizabeth Howard, Lord Thomas’ eldest half sister, was Anne Boleyn’s mother. Lord Thomas and Margaret Douglas were in love by the end of 1535. The two became secretly engaged, some say even married, in early 1536. Margaret was not quite twenty-one, and Thomas was around twenty-five years old.

The Devonshire Manuscript, held by the British Library, holds a collection of poems written by courtiers close to Anne Boleyn in the 1530s. The Manuscript contains poems by Margaret Douglas, Sir Thomas Wyatt, and others. It started as a notebook owned by Henry VIII’s daughter-in-law, Mary Howard Fitzroy. Mary, born c. 1519, was Lord Thomas’ niece. Mary cultivated the poetic inclinations of her friends at court, particularly during Anne Boleyn’s reign. She invited them to write poems in her notebook, and to leave commentary and corrections on each others’ work. 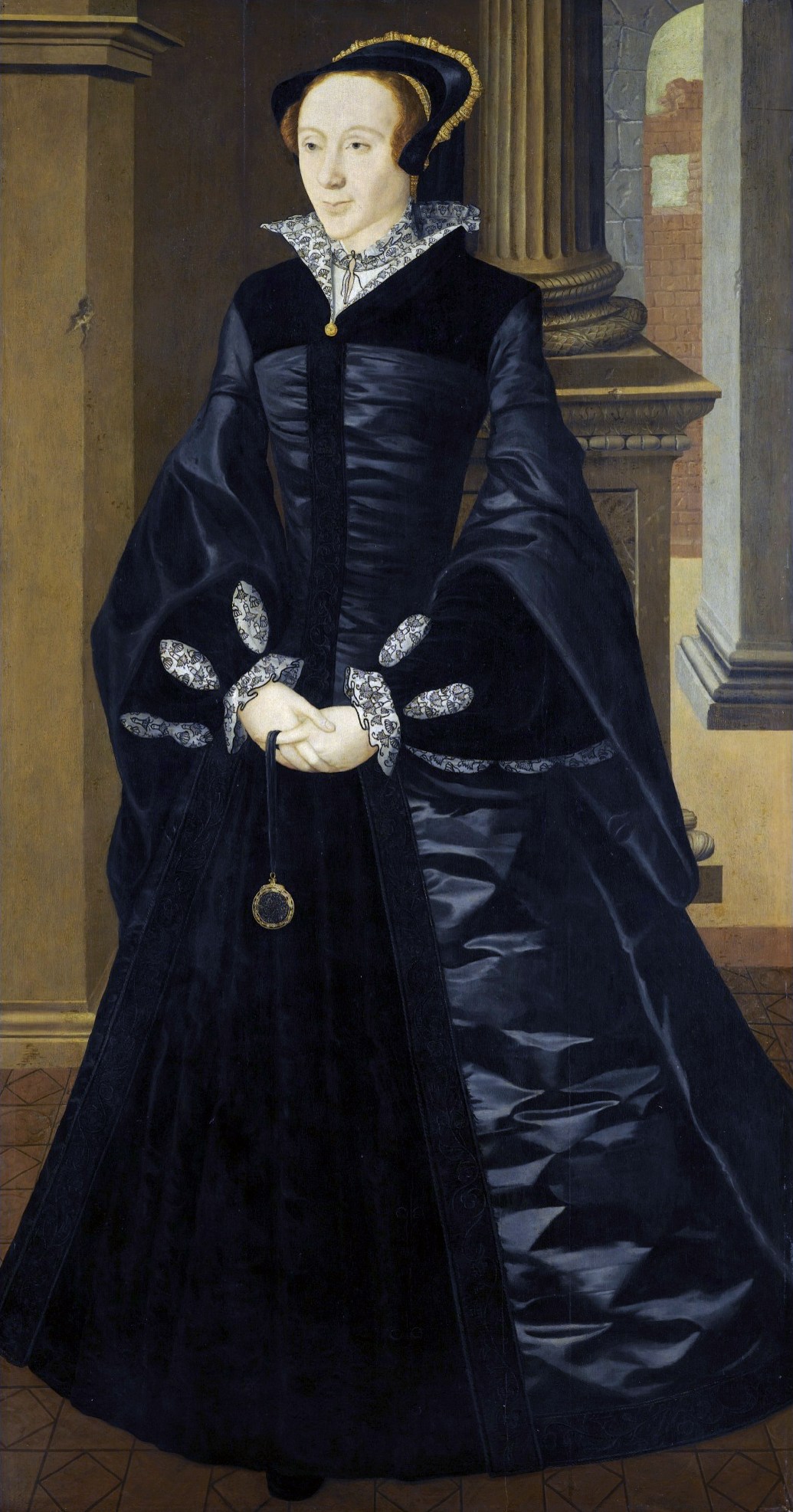 Portrait of a Woman, thought to be Margaret Douglas, by William Scrots, c. 1546. Via Wikimedia Commons.

In July 1536, after Anne Boleyn’s downfall and death, Henry VIII learned that Margaret and Lord Thomas were betrothed. Margaret, as the legitimate niece to the king, was well outside the bounds of decorum by secretly contracting for a marriage behind Henry’s back. Also by this time, both of Henry’s daughters were declared bastards, leaving Margaret as one of the few legitimate Tudor children in England. Henry committed both Margaret and Lord Thomas to the Tower. During their time in the Tower, the two passed love poems back and forth. Eventually, Margaret transcribed these poems into Mary Howard Fitzroy’s notebook. Pages 8 to 16, and page 25, of the scanned selection from the Devonshire Manuscript contain poems by Margaret and Lord Thomas. Following is a poem written by Margaret Douglas, found on page 13 of the scanned selection from the Devonshire Manuscript:

I may well say to joyfull harte
at never woman myght say, beforn
that I takyn to my part
the faythfully lover that ever was born

wyth threatnyngs great he hath been payd
off payne and (yes?) off punnyshment
y[e]t all fere asyde he hath layed
to love me best was hys Intent

and thus fare well my harts desyer
the only (stay?) off me and myne
unto you dayly I make my prayer
to bryng us shortly both in one lyne

I may well say to joyful heart,
At never woman might say before
That I, taken to my part
The most faithful lover that ever was born.

Great payment he suffers for my sake,
Continually both night and day,
For all the payment that he doth take,
From me his love will not decay.

With threats great he has been paid,
Of pain and yes of punishment,
Yet all fear aside he has laid
To love me best his intent.

Who shall let me, then, of right
Unto myself him to retain,
And love him best both day and night
In recompense of his great pain?

If I had more, more he should have,
And that I know he knows full well
To love him best unto my grave;
Of that he may both buy and sell.

And thus farewell, my heart’s desire!
The only stay of me and mine.
Unto you daily I make my prayer
To bring us shortly both in one line.

Below is a poem by Lord Thomas to Margaret, from page 14 of the scanned selection available through the British Library:

To your gentle letters an answer to recite,
Both I and my pen thereto will apply,
And though that I cannot your goodness requite
In rhyme and meter elegantly,
Yet do I mean as faithfully
As ever did lover for this part,
I take God to record, who knows my heart.

And whereas you will continue mine,
To report for me you may be bold
That if I have lives as Argus** had one,
Yet sooner all them lose I would
Than to be tempted for fear or for gold
You to refute or to forsake,
Which is my faithful and loving make.

With faithfulness you did ever pretend,
And gentleness, as now I see,
Of me who was your poor old friend,
Your loving husband, now to be,
Since ye descend from your degree,
Take you this unto your part:
My faithful, true, and loving heart.

For term of life this gift you have,
Thus now adieu, mine own sweet wife!
From T.H., with naught doth crave
But you, the stay of all my life,
And this that would another bait or strife
To be tied with you over loving bands***,
Would there were on Goodwin Sands****.

** In Greek mythology, Argus was a giant who had one hundred eyes. Argus was tasked by Hera, queen of the gods, to keep Zeus, king of the gods, away from the mortal, female bull Io. Zeus asked Hermes the messenger god to put Argus to sleep, so Zeus could steal away Io. Hermes so did, then murdered Argus as he slept.

*** this might refer to the “banns of marriage”, a way in which marriages were determined to be legitimate or not.

**** Goodwin Sands is a roughly ten-mile-long sand bank at the northern entrance of the Strait of Dover, about six miles from Deal, Kent. It is part of the same formation that is responsible for the White Cliffs of Dover. It was not uncommon for ships to wreck here.

Both of these poems, along with a selection of others, appear within the Devonshire Manuscript in Margaret Douglas’ handwriting. Sadly, and Act of Attainder was passed against Lord Thomas on 18 July 1536, sentencing him to death for trying to interfere with the succession of the Crown. It also forbade any of the king’s family to contract for marriage or marry with out his explicit permission. Lord Thomas was never executed.

Margaret declared her marriage null and void, effectively, to Thomas Cromwell. She eventually became ill whilst staying in the Tower, and was moved to Syon Abbey. There were rumors that she was pregnant with Lord Thomas’ son. Soon enough after Margaret became sick, Thomas took ill. He died of his illness on 31 October 1537. He was quietly buried at Thetford Priory in Norfolk.

Margaret went on to marry Matthew Stewart, 4th Earl of Lennox, in 1544. She gave birth to Henry Stewart, Lord Darnley, in 1545. Her grandson was James VI & I of Scotland and England.

This post is written with much love for two people who share an 8 October birthday with Margaret Douglas, my beloved older brother Burns and my dear friend/BFF Rebecca over at Tudors Dynasty. Happy, happy birthday! 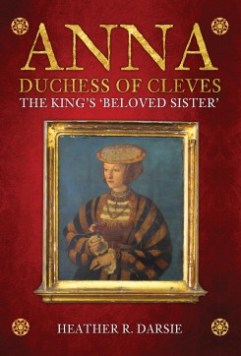