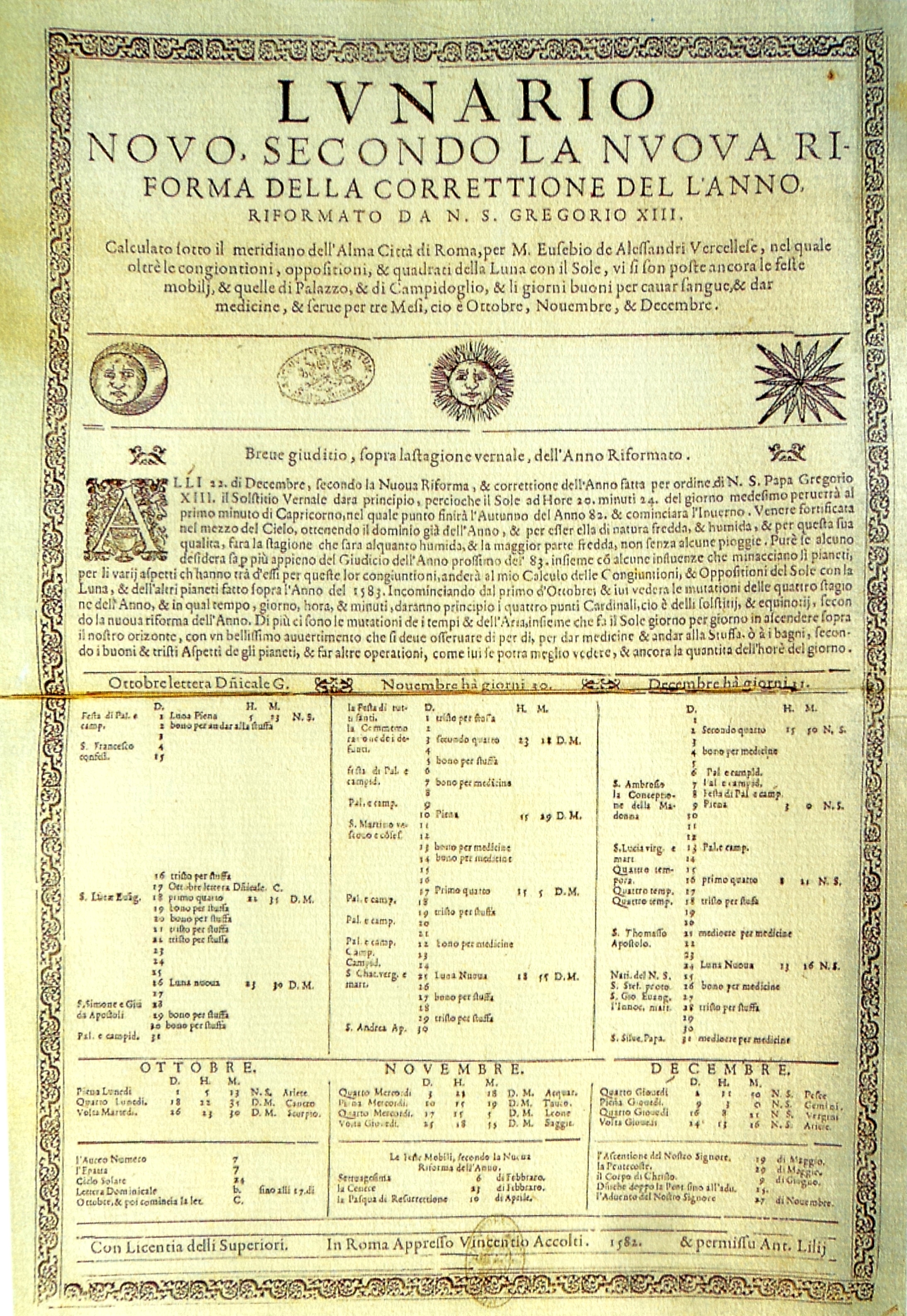 4 thoughts on “The Gregorian Calendar is Adopted in 1582”