On 6 April 1453, Sultan Mehmed II, known as the Conqueror, began his siege against Constantinople. Constantinople, now known as Istanbul, was a capital city for one governmental body or another since 330 CE. Founded by the Roman emperor Constantine the Great, a city stood on this spot off and on for centuries before. Constantine transferred the imperial Roman seat of power to Constantinople, or New Rome, in 330. The city grew over time and became famously wealthy by the medieval period. The Venetians enjoyed a robust trade with the Byzantine empire, and many Venetians called Constantinople their home.

Mehmed II became the Ottoman sultan in 1451 at the age of 19 years. He was not seen as a serious threat due to his young age. Mehmed II worked to make the Europeans feel at ease by being friendly and welcoming to European ambassadors and envoys. Mehmed II quickly, and subtly, proved his military acumen. In the first half of 1452, Mehmed ordered that a new fort be built close the fortress his great-grandfather built decades before. The forts were across the Bosphorus, also known as the Strait of Istanbul, from Constantinople. Mehmed II further prepared by having a large garrison sent further south, to stop any Greek assistance of the current Byzantine emperor.

According to the Greek politician Michael Critobulus, who died around 1470, Mehmed II gave the following speech to his army:

“My friends and men of my empire! You all know very well that our forefathers secured this kingdom that we now hold at the cost of many struggles and very great dangers and that, having passed it along in succession from their fathers, from father to son, they handed it down to me. For some of the oldest of you were sharers in many of the exploits carried through by them—those at least of you who are of maturer years—and the younger of you have heard of these deeds from your fathers. They are not such very ancient events nor of such a sort as to be forgotten through the lapse of time. Still, the eyewitness of those who have seen testifies better than does the hearing of deeds that happened but yesterday or the day before.”

The Sultan Mehmed II himself arrived at Constantinople on 5 April 1453. The siege began two days later. Mehmed II’s tactic was to first eliminate any positions of power which the Byzantine empire had outside the walls of Constantinople. Additionally, Mehmed II’s navy, commanded by Greeks, was poised to oppose the European fleet, commanded by Venetians, anchored outside Constantinople. Mehmed II’s military force was absolutely massive compared to the Byzantine force of not more than 8,000 defenders. The exact size of the Ottoman army is unknown, with reports ranging from as low as 50,000 to over 300,000.

The Ottoman navy could not meaningfully attack Constantinople because of chains stretched across the opening to the body of water known as the Golden Horn, an inlet to the Bosphorus River. If friendly ships made it through the Golden Horn, then it would be easy for the ships to dock and offload reinforcements for the Byzantine army. It was the Ottoman fleet’s duty to stop any ships from entering or leaving Constantinople. In an embarrassing moment, a very small flotilla sneaked passed the Ottomans. While the addition of the flotilla to the Byzantine navy did almost nothing to strengthen them, the flotilla did boost morale. 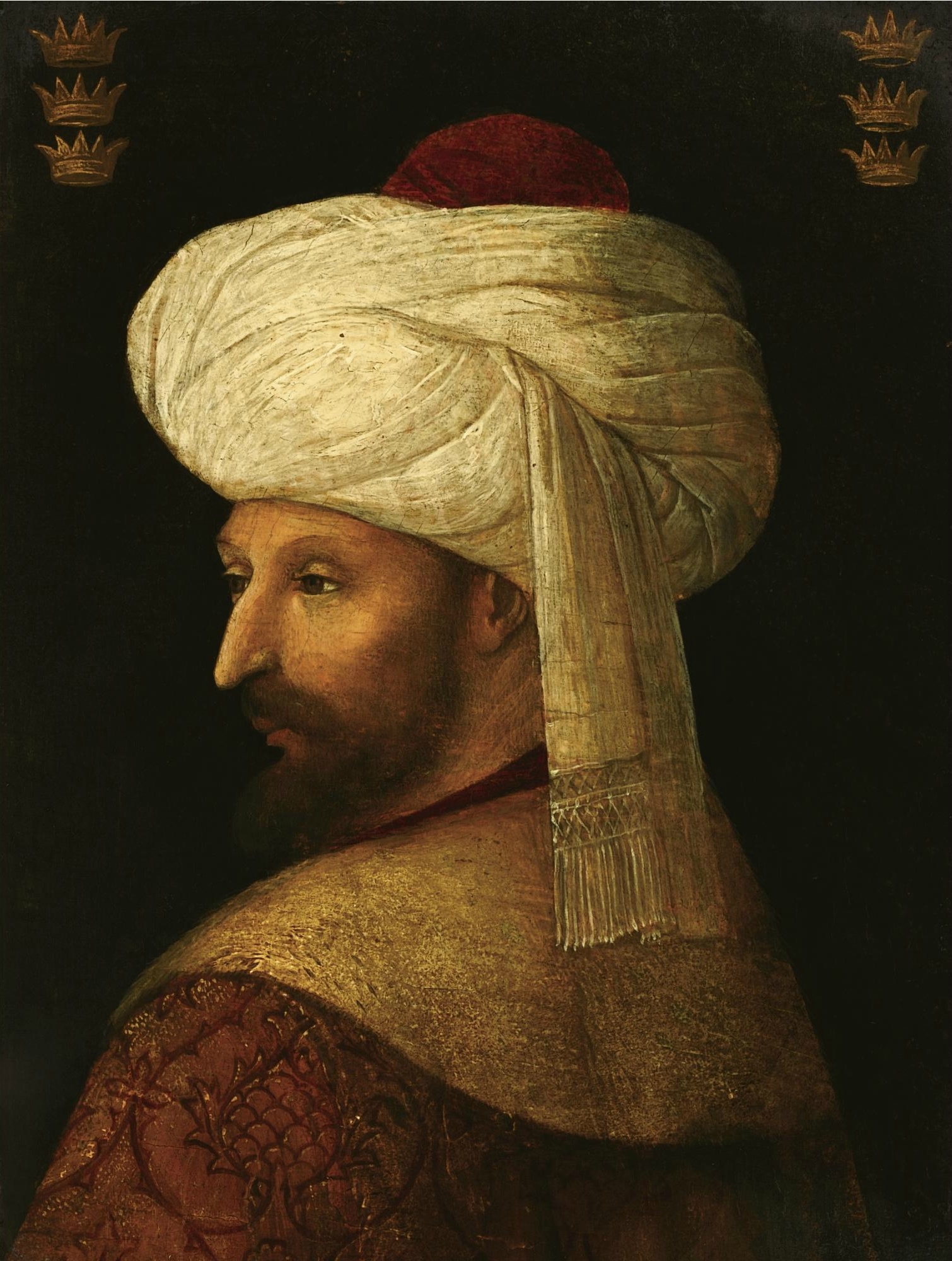 By early May 1453, an additional strategy used by the Ottomans was to dig underneath the land-side walls of of Constantinople, and gain access to the city that way. It should be noted that Constantinople was surrounded by water to the north, east, and south. The thickest walls were on the western side of the city, where the peninsula connects to the main land mass. The Byzantines dug counter-mines thanks to the admissions of two tortured Ottoman prisoners. This prevented the Ottomans from reaching their goal.

On 21 May 1453, forty-five days after the Ottoman military’s initial strikes, Mehmed II offered peace to the Byzantine emperor. Mehmed made generous offers to the Byzantine emperor in exchange for the city. Those offers  included the guarantee that inhabitants, including the royal family, could leave Constantinople safely, and those who wished to stay in Constantinople could remain peacefully. The Byzantines rejected Mehmed’s offers. Eight days later, the city fell.

Mehmed ordered his forces to prepare for a final assault. They were to rest and pray on May 28 before the midnight assault going into 29 May 1453 began. A section of the land-side wall, weakened by frighteningly powerful Ottoman guns (canons) was breached by the first wave of Ottoman attackers. They were pushed back by the Byzantine defenders. After successive waves of Ottomans and the grievous injury of the Byzantine commander, the remaining defenders along that portion of the wall retreated. The other Byzatine commanders held their defensive positions for as long as they could. At on point, an Ottoman flag was flown over a postern gate, demoralizing the Byzantines and speeding their abandonment of the city walls.

The fate of the Byzantine emperor is unknown. Some stories say he hanged himself, others say he was killed in battle on the streets of Constantinople.

As many civilians as possible crowded onto the Byzantines’ ships and slipped out of the Golden Horn. Ottoman focus was on seizing the city and gaining control of the treasures there. Those left within the crumbling walls of Constantinople were either slaughtered or captured to later be sold as slaves.

Ottoman casualties were high, given that whenever an Ottoman soldier died another was quickly sent in to replace that person. The Ottoman army was so large that it effectively did not matter how many of their soldiers died; it would take a great many Ottoman deaths before their army was smaller than that of the Byzantines. 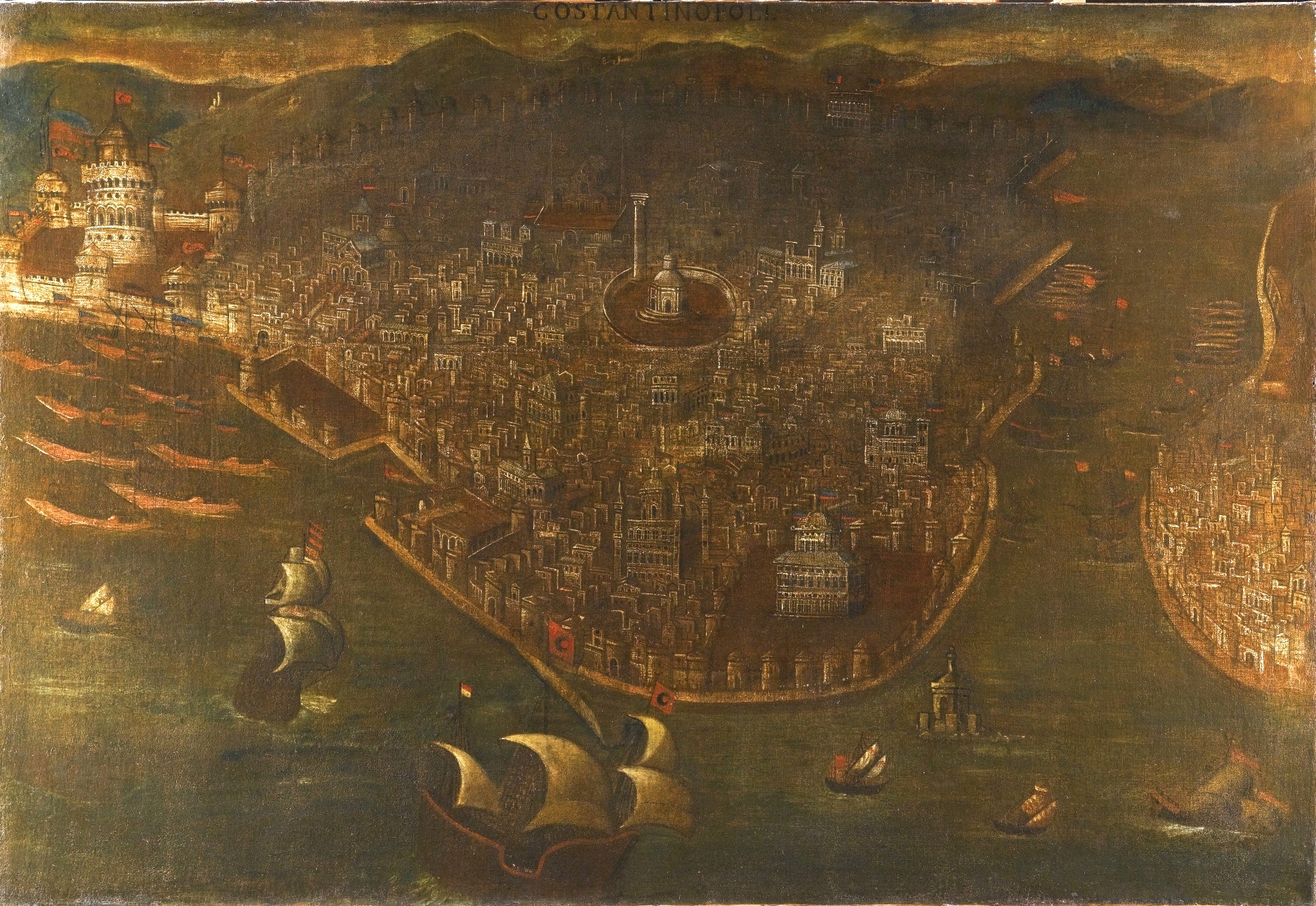 After three days of plundering, Mehmed ordered his military to cease. Order was restored in the city as Mehmed took control, and eventually moved the official capitol of his empire. Mehmed’s victory shook and horrified the Christian west. The Ottoman Empire now had a foothold in Europe, and tales of their military’s size and ferocity struck fear into the hearts of Europeans close to Constantinople.

The Ottomans spent the rest of the century harrying the Italians, Albanians, and Venetians, amongst others. Mehmed II died on 3 May 1481 at the age of 49. His eldest son became Bayezid II. Bayezid II continued to press deeper into the European continent, continuing to alarm the European powers.

An invasion of Venice and its surrounding by the Ottoman Empire gives an idea of how fearsome and ferocious they were. On 28 September 1499, more than 10,000 Turkish soldiers were outside the city of Gorizia, in the region of Friuli Venezia Giulia. Rumors of the horrors the Turkish could wreak spread rather quickly: The Turks had massive attack dogs who could easily fell a man, along with massive numbers, and a reputation for ruthlessness.

When the Turks encroached upon Venetian Friuli, no one stopped them. The nobles hid in their castles, refusing entry of anyone from the countryside. The Turks approached in a roughly fifteen mile wide front to the Livenza River. They spared no one: anyone with whom they came in contact was killed, homes looted and burned. The heads of victims were proudly born by Turkish soldiers on lances. It is unknown exactly how many died in the Venetian Friuli during 1499, but the death and destruction ended with a final, gruesome spectacle.

In the woods around Valvasone, several peasants hid as best they could. The cowardly nobles had locked up themselves within the safety of their castle, leaving their subjects exposed to danger. By night, the Turks routed many of the hiding peasants. When morning came, the elderly people were beheaded next to the river while the able-bodied were taken as slaves. Upwards of 10,000 people died or were enslaved during the eight-day siege. Over 130 villages were burned. To put the loss of life and freedom in perspective, at around 1500, London had a population of 50,000.