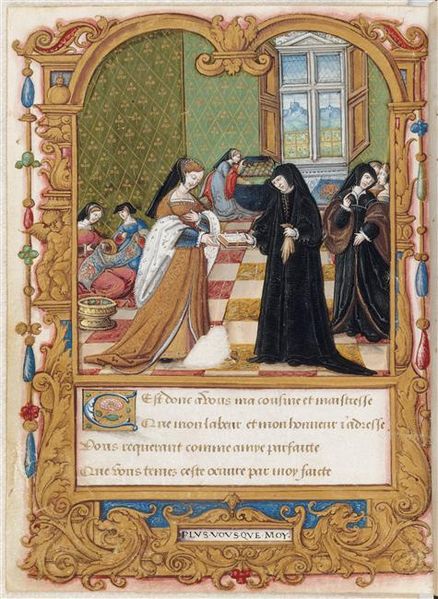 Illuminated Books of Hours were items commonly kept by the nobility. The Master of François de Rohan completed at least one Book of Hours for Francis I (François, Françoys) of France. Other items identified as executed by the Master of François de Rohan include translations of Italian works, a treatise on hunting, books or poetry, and a copy of the English Bible that was sent … END_OF_DOCUMENT_TOKEN_TO_BE_REPLACED