The Imperial City of Augsburg is known for the important German Reformation document of the Augsburg Confession. The wealthy banking family, the Fuggers, are from Augsburg and some of their buildings still stand. This includes the Fuggerei, named for the Fuggers, which is one of the oldest social housing buildings in the world. In the early 16th century, during Anna of Cleves’ time in Germany (though she was in the western part of Germany, very far from Augsburg), there existed a consistent, serious threat to peace and tranquility in Augsburg. It was so serious that several ordinances were passed against the behavior. A set of ordinances was passed from 1531 to 1534, another in 1536, and yet another as late as 1631. What was this menace? Booze-fueled, sleigh-by snowball-throwing. Sometimes accompanied by bawdy song-singing. 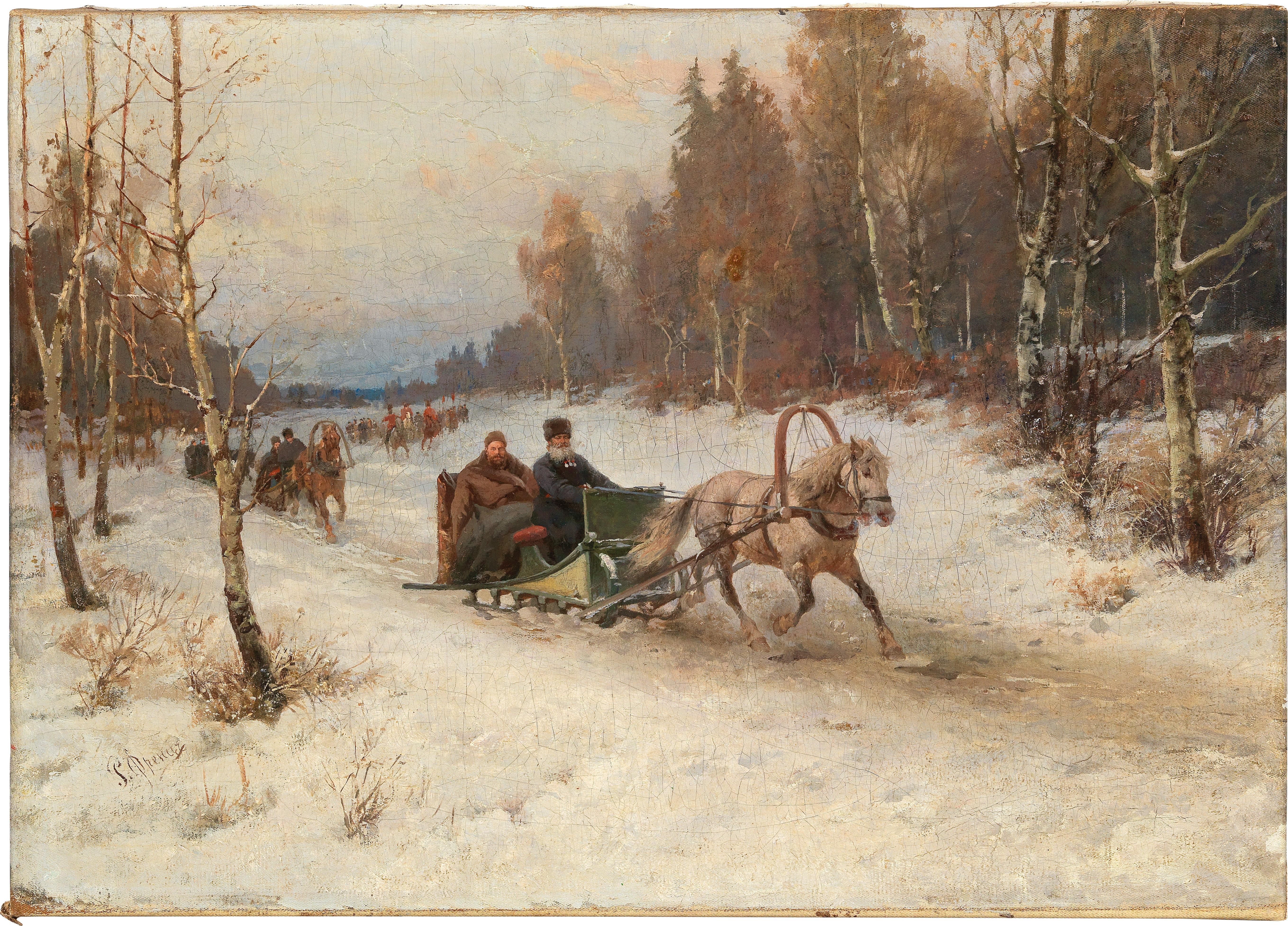 While not the height of nefarious activity, it was enough of a problem that sleigh-riding after a certain time in Augsburg was abolished in the early 1530s. Specifically,

“An Honorable Council and the imperial bailiff of this city of Augsburg establish and command that henceforth, no one should ride around the city in sleighs after nine o’clock at night, with the exception of driving directly home from visiting someone (with a lantern).”

The dangers inherit with nighttime sleigh-riding did not end there in 1530s Augsburg. The same command made it illegal for someone, “…who is riding in a sleigh… [to] throw snowballs or any other objects.” The Abolishment of Sleigh-Riding after Nine O’clock at Night, and the Singing in of the New Year was put in place between 1531 and 1536. The Abolishment made it illegal to, “sing in the New Year…” as well.

“recognizes that proper folk among the allows for honorable merriment and fun, and has nothing against it as long as it is enjoyed without violating proper Christian behavior.”

Remember, this is Reformation Germany.

“However, it is the opinion of an Honorable Council that such merriment and fun among the common citizens here not only is out of proportion but also is so widespread and excessive that it is more like rowdiness and frivolousness than respectable merriment.”

The problem of inappropriate sleigh-riding still persisted in 1631, during the Thirty Years’ War, to the extent that a Decree Regarding… Drinking Late into the Night, and Sleigh-Riding was put into effect.

Going back to the set of commands from 1531-1534, there still exists punishment records for those found in disobedience. For example, men with the last names of Hunold and Welser apparently drunk whilst sleigh-riding and received a sentence in January 1534. On top of that, the men, “spoke indolently to the guards…” Basically, Hunold and Welser were drunk and disorderly. Their punishment? They could not,

“enter the city streets at night between the evening and morning horn blows” for half a year, had to “pay for 3,000 stones for the city wall, and henceforth… treat the guards properly.”

A trio of men received punishment at the same time as Hunold and Welser. Manlich and Jenisch, from wealthy families, were carousing in a sleigh driven by a journeyman baker named Dannenbair. While the details of how Dannenbair, a lower-ranking person, came to drive the sleigh of Manlich and Jenisch is not revealed, one can imagine that Dannenbair did not start his night thinking it would end up as it did. The trio was guilty of sleigh-riding, behaving drunkenly, and “singing indecent songs.” Their punishment was similar to that of Hunold and Welser.

These historical records are interesting in that they show how different society is today, and yet the same. No one goes about the city streets in a sleigh, perhaps with a few exceptions in societies closer to the poles. Lanterns are not necessary for lighting the way. Instead we drive our cars, with headlights, down the road. While it is still certainly possible for someone to throw snowballs from a car at innocent pedestrians and others, it is not a common issue. Some things that haven’t changed are the human capacity for consuming alcohol and making poor choices. One can imagine an unsuspecting person walking down a 16th-century street in the winter, when suddenly, intoxicated sleigh-riders come tearing around the corner singing loudly and pelt the person with snowballs. After the city guards intervene, the drunken carousers mouth off and behave disrespectfully. Some things about human nature and mixing it with alcohol have not changed.

10 thoughts on “Dashing through the Snow: Dangers of Alcohol Consumption in Reformation-Era Augsburg”