Tensions over religion rose throughout the 16th century in France, culminating in the French Wars of Religion (1562-1598). The Vassy Massacre on 1 March 1562 is frequently seen as the first major incident which sparked the Wars of Religion. The Catholic Francis, Duke of Guise, entered the small town of Vassy and was present for the massacre. A group of Huguenots were attacked and slaughtered, or a group of Catholics were attacked and slaughtered. A few extant accounts from the incident conflict in their accounts. The purpose of this paper is to analyze why and for whom the documents were created.

The first document under consideration, a Protestant account of the incident, was created for Christoph, Duke of Wuerttemberg. Christoph converted to Lutheranism in 1535. From the account created for Christoph, it sounds like the Duke of Guise and his men intentionally went to Vassy for no other reason than to murder Huguenots (French Protestants). According to the writer, the Duke of Guise arrived in the town of Vassy around 8:00 AM, “accompanied by many gentlemen to the number of more than 200, mostly armed with pistols and arquebuses”. According to this account, the Duke of Guise heard a bell ringing, and, realizing it was for the Huguenots’ church service, declared, “’God’s death, we will huguenot them by and by in another fashion’ and some of the servants and lackeys said, swearing and blaspheming: ‘Will they not give us the spoil?’” . This clearly sounds like the Catholic Duke of Guise was out for Protestant blood that day. 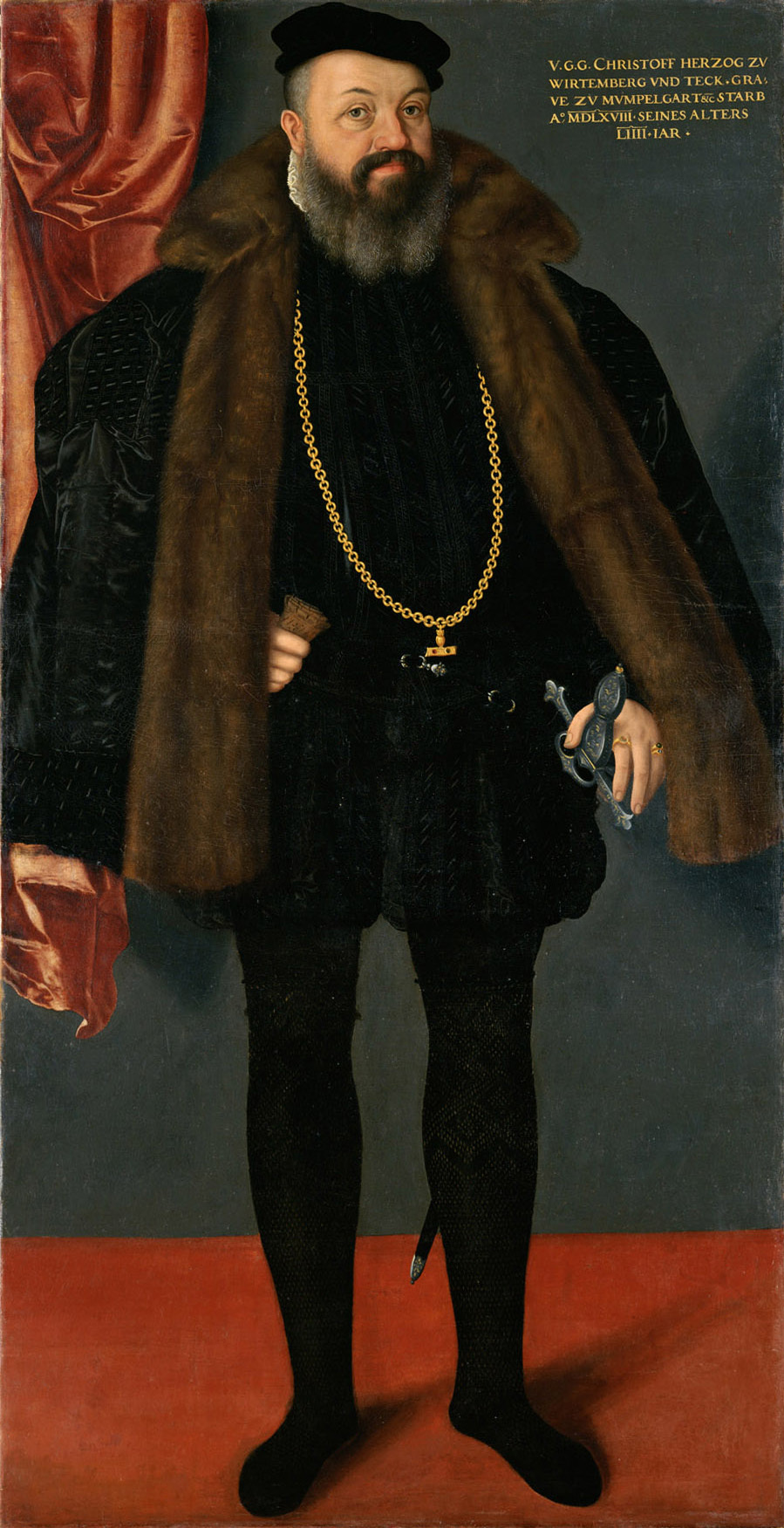 The Duke then reportedly visited his brother the Cardinal at a monastery before he and his suite came upon a Huguenot church service with approximately 1,200 people inside the building. The service was held in a local barn. The report details how,

“the duke of Guise entered with his suite and started likewise to lay about with swords, arquebuses and pistols, so they killed and wounded a great number. Seeing this, many in the assembly, to avoid this fury, broke open the roof of the barn to flee but the men outside fired on them with their long arquebuses, some of which were brought from the prior of Vassy’s house by a brother and servants; they made a great many fall, some dead, some wounded.”

The tone of this report, overall, implies the ruthless, vicious behavior of the Duke of Guise and his Catholic soldiers. 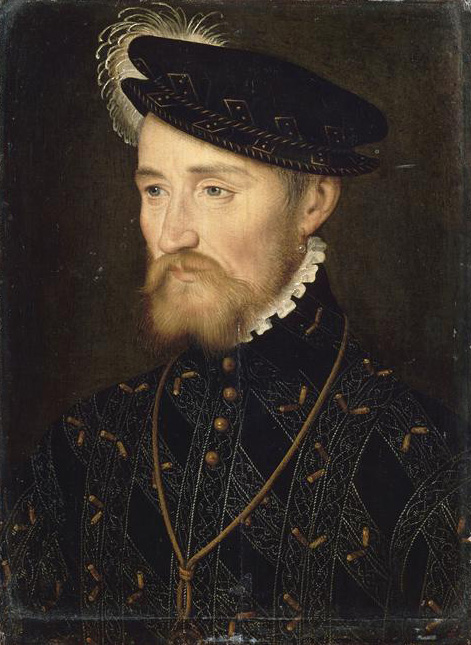 Francois of Lorraine, Duke of Guise, c. 1555. By Francis Clouet, via Wikimedia Commons.

A second document, describing the aggression by the priests of St Médard at the onset of the Protestant service painted a rather vicious, sacrilegious-seeming portrait of the Catholics, as well. When the priests learned of the Protestant service, the church of St Médard’s bells were rung loudly and repeatedly. A couple of Protestants walked over to request that the bell-ringing stop, but were met with violence. One of them was killed before making it back, and the rest of the report describes how the priests and Catholics,

“I cannot pass over in silence the prodigious fury of certain priests who were so inflamed by rage that, as their store of stones gave out, they got up on the altars and started breaking the images that beforehand they had so reverently worshipped and used pieces of them to throw at their enemies. But this is less remarkable than it seems, for this fury revealed their true nature. It would be difficult to know whether they were more insane when they thus irreligiously smashed the things they so honoured or when they worshipped things so foolish.”

This report was not as blatant an attempt at portraying the Catholics as violent, though it does give an honest account of the one person to die during the uproar. The creator of the report is not identified in the source available, although it seems that it was not created for political purpose, unlike the letter to the Duke of Wuerttemberg.

The Catholic documents create the impression that a mob of Protestants invaded St. Médard to stop the bell-ringing during the Protestant sermon,

“[The Protestants] indignant that this bell-ringing stopped their preacher from being heard, went in great numbers to the church of Saint-Médard, which they pillaged, mortally wounding several parishioners and smashing the images of the church”

Between the Catholic and Protestant accounts, it seems clear that somehow, the belongings of St. Médard were damaged.

Similar to the Protestant account, there was a sympathetic victim. In the Catholic account, it was a father of twelve who was trying to protect the ciborium and its contents, only to be cut down at the altar by an angry Protestant mob.

A third, Catholic account written by Francois of Lorraine, Duke of Guise, uncle of the Catholic (and now in Scotland) Mary, Queen of Scots, made the Protestants sound awful. Mary returned to Scotland a few months before the event in Vassy occurred.  As mentioned above, the account was sent to the Duke of Wuerttemberg. Guise appealed to Wuerttemberg’s sensibilities as a ruler by stating that the barn in which the Protestant service was held belonged to Guise, and that Guise was tasked with administering Vassy itself because it was part of Mary’s dower.

Guise stated that his attempts to enforce order, or rather prevent the Protestant sermon, were also in accordance with the King of France’s commands. Guise coolly stated that the Protestants had firearms, and that he sent a couple of his men to calmly disarm or settle down the situation. According to Guise, it was the Protestants throwing stones and such at the Catholic Guise faction, and not vise-versa.

From reading these four documents as isolated items, it is clear that one person did die. It is unclear as to the identity of the person who died. The tenor of the Duke of Guise’s letter to the Duke of Wuerttemberg seems calmer than that of the Protestant account. Depending on the Lutheran Wuerttemberg’s disposition, he could have seen right through what Guise was trying to do. The event was certainly polarizing, and it was important for both sides to address Wuerttemberg. The Protestant account is undated, but Guise’s was written around 17 March 1562.

2 thoughts on “Massacre at Vassy? A Skirmish with Mary, Queen of Scots’ Uncle and the Huguenots”