In case you missed it earlier this week on QueenAnneBoleyn.com  , have a look!

The lives of Henry VIII of England’s six wives are much-chronicled, with myriad books, shows, art, and the like, depicting and dramatizing key moments in each woman’s life. Another man had almost as many wives, though their respective demises were much less salacious than those of Henry’s. That man would be Henry’s son-in-law and great-nephew through Henry’s first wife Katharine of Aragon, Philip II of Spain. 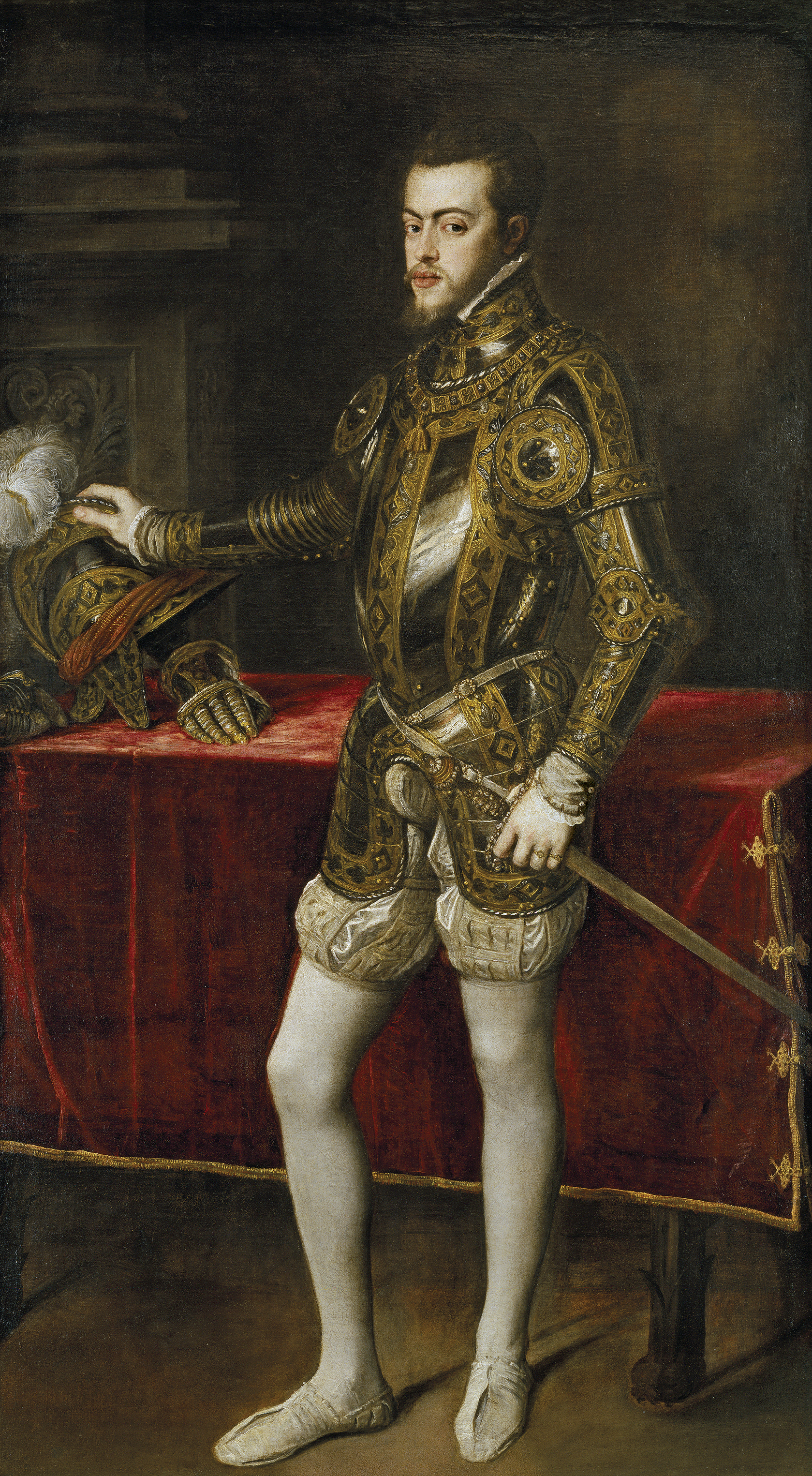 Philip was born 21 May 1527. When he was sixteen years old, Philip married Maria Manuela, Princess of Portugal. Maria was Philip’s paternal first cousin. Maria Manuela was one of ten children, but only she, her brother Prince João Manuel, and half-brother Duarte survived to adulthood. Maria’s father outlived all his children. Maria was about five months younger than Philip, as she was born 15 October 1527. The cousins were married on 12 November 1543, their dynastic marriage between the Prince of Asturias and Infanta of Portugal being one of the most opulent weddings in Spanish history. Within about a year, Maria became pregnant with the couple’s son. Sadly, she died on 12 July 1545 due to complications of her son Don Carlos’ birth.*

Philip next married Mary I of England, a woman who was eleven years his senior and his first cousin, once removed. As mentioned above, Philip was the great nephew of Mary’s mother, Katharine of Aragon. Katharine’s sister Juana of Castile was Philip’s grandmother. Mary I had been betrothed at a young age to Philip’s father, the Holy Roman Emperor Charles V. Charles abandoned those plans due to the age gap between he and his cousin Mary, and instead married Philip’s mother. After a couple claims of pregnancy and no forthcoming heir, Mary I died in November 1558, leaving Philip a widower for the second time.

After the death of Mary I, Philip married Elisabeth of Valois as a result of terms negotiated in the Treaty of Cateau-Cambrésis. Originally betrothed to Philip’s son Don Carlos*, Elisabeth was the daughter of Catherine de Medici and Henry II of France. Elisabeth’s marriage to Philip helped solidify the peace between France and Spain, bringing an end to the Habsburg-Valois wars. This series of wars extended from 1494 to 1559 as a dispute between the two families over who had the hereditary claim to the Duchy of Milan, amongst other territories. Elisabeth and Philip were married by proxy at Notre Dame cathedral in Paris during the summer of 1559, when she was 14 and Philip 32. The young woman was twenty-eight years younger than Mary I of England, Philip’s second wife. Elisabeth was known to represent her husband at diplomatic meetings, such as that held in Bayonne in 1565 to discuss tensions over France’s Protestant population. Elisabeth endured four pregnancies, only two of which resulted in successful births. Her first pregnancy, with twin girls, ended in a miscarriage in 1564. Next. Elisabeth gave birth to her daughter the Infanta Isabella Clara Eugenia of Spain in 1566. Her next daughter, Catherine Michelle of Spain, was born in 1567. Elisabeth died in October 1568, shortly after miscarrying another daughter.

Finally, Philip married his niece, Anna of Austria. Anna was born in November 1549, making her husband a full twenty-two years her elder. Anna’s father was the Holy Roman Emperor Maximilian II. Anna was betrothed to Philip in 1569 and the two were married by proxy in 1570. Elizabeth I of England, Philip’s former sister-in-law, allowed Anna to safely pass through English waters on her way from Austria through the Netherlands down to Spain. She and her new husband shared similar personalities and got along famously. Much to Philip’s delight, the first four of his five children with Anna were boys. Sadly, only one survived to adulthood. He became Philip III of Spain.

Philip’s series of marriages and hoped-for heirs shows that it was not just Henry VIII of England who was concerned over having an heir, or concerned about making an appropriate dynastic match. This also shows how, even in the mid-sixteenth century, the Habsburg family’s gene pool was already becoming quite restricted. Three of Philip’s four wives were closely related to him. Charles II of Spain, the great-grandson of Philip and his last wife Anna, would be the last direct male descendant of Philip’s to occupy the throne of Spain.

* Don Carlos lived to the age of 21. He showed mental instability from a young age. Don Carlos tumbled down a flight of stairs in 1562, after which doctors performed trepanation to save him. Don Carlos grew unpredictable thereafter, and went so far as to plot a revolt against his father Philip in 1567. In January 1568, Philip imprisoned his son. Don Carlos died in July 1568, a couple weeks after his twenty-first birthday.

10 thoughts on “The Four Wives of Philip II”