By June 1528, Henry VIII and Anne Boleyn were deeply in love. The dreaded Sweating Sickness, or English Sweat, had tightened its grip in Anne’s household, and she retired to Hever Castle. Anne herself contracted the Sweat. This was very serious news, as the Sweat could kill its victim in less than forty-hours after symptoms appeared. In his fright for Anne’s life, Henry wrote to her, 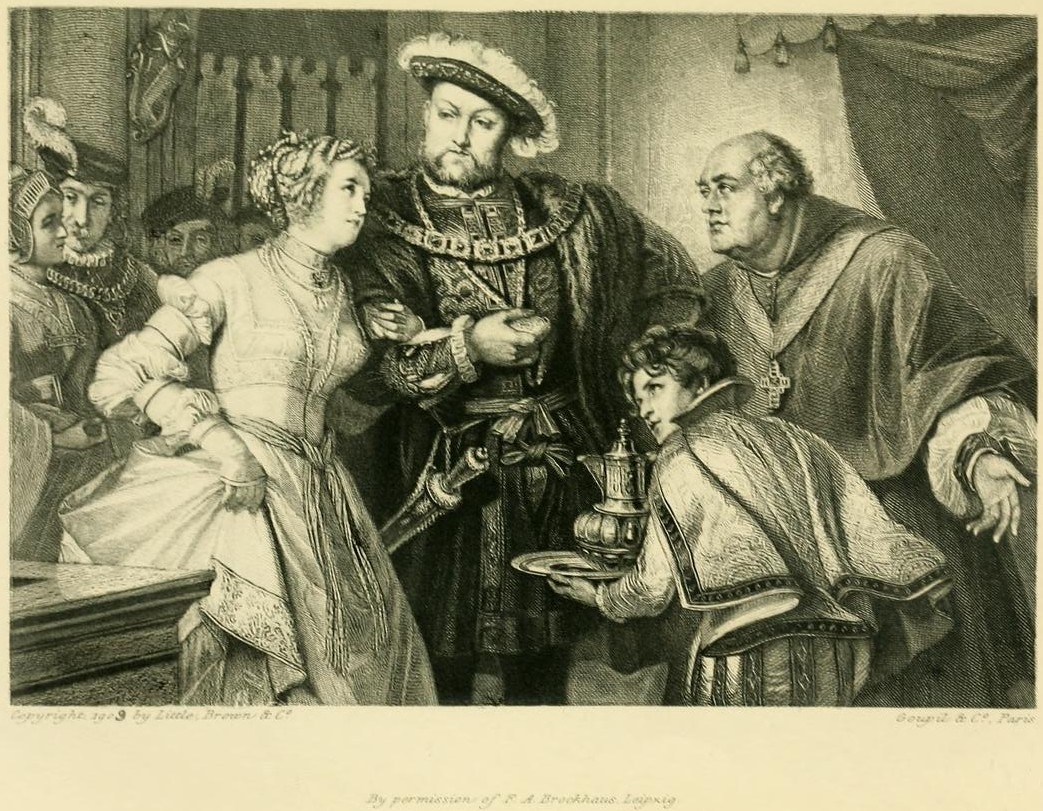 “There came to me suddenly in the night the most afflicting news that could have arrived. The first, to hear of the sickness of my mistress, whom I esteem more than all the world, and whose health I desire as I do my own, so that I would gladly bear half your illness to make you well.”

Henry moved about his country houses during the Summer 1528 outbreak. His hope was to outrun the Sweating Sickness. He did not see Anne for a long while.

“The second, from the fear that I have of still longer being harassed by my enemy, Absence, much longer, who has hitherto given me all possible uneasiness, and as far as I can judge is determined to spite me more because I pray God to rid me of this troublesome tormentor.”

To aid Anne Boleyn as best he can, Henry VIII sends a doctor to her.

“The third, because the physician in whom I have most confidence, is absent at the very time when he might do me the greatest pleasure; for I should hope, by him and his means, to obtain one of my chief joys on earth — that is the care of my mistress — yet for want of him I send you my second, and hope that he will soon make you well. I shall then love him more than ever. I beseech you to be guided by his advice in your illness.”

“In so doing I hope soon to see you again, which will be to me a greater comfort than all the precious jewels in the world.  Written by that secretary, who is and forever will be, your loyal and most assured Servant, H. (A. B.) R.”

7 thoughts on “Love Letter Nine from Henry VIII to Anne Boleyn: Anne has the Sweat!”