In case you missed it on http://www.tudorsdynasty.com/the-love-letters-from-henry-viii-to-anne-boleyn/:

Henry VIII wrote this letter in June 1528 to his beloved Anne Boleyn during an outbreak of the sweating sickness, showing his characteristic nervousness about Anne. It is unknown whether this letter truly does follow the previous, although it seems that this letter came before the one the author understands to be the ninth letter. In the ninth letter, Anne is already ill. In this letter, Henry writes using the royal plural, 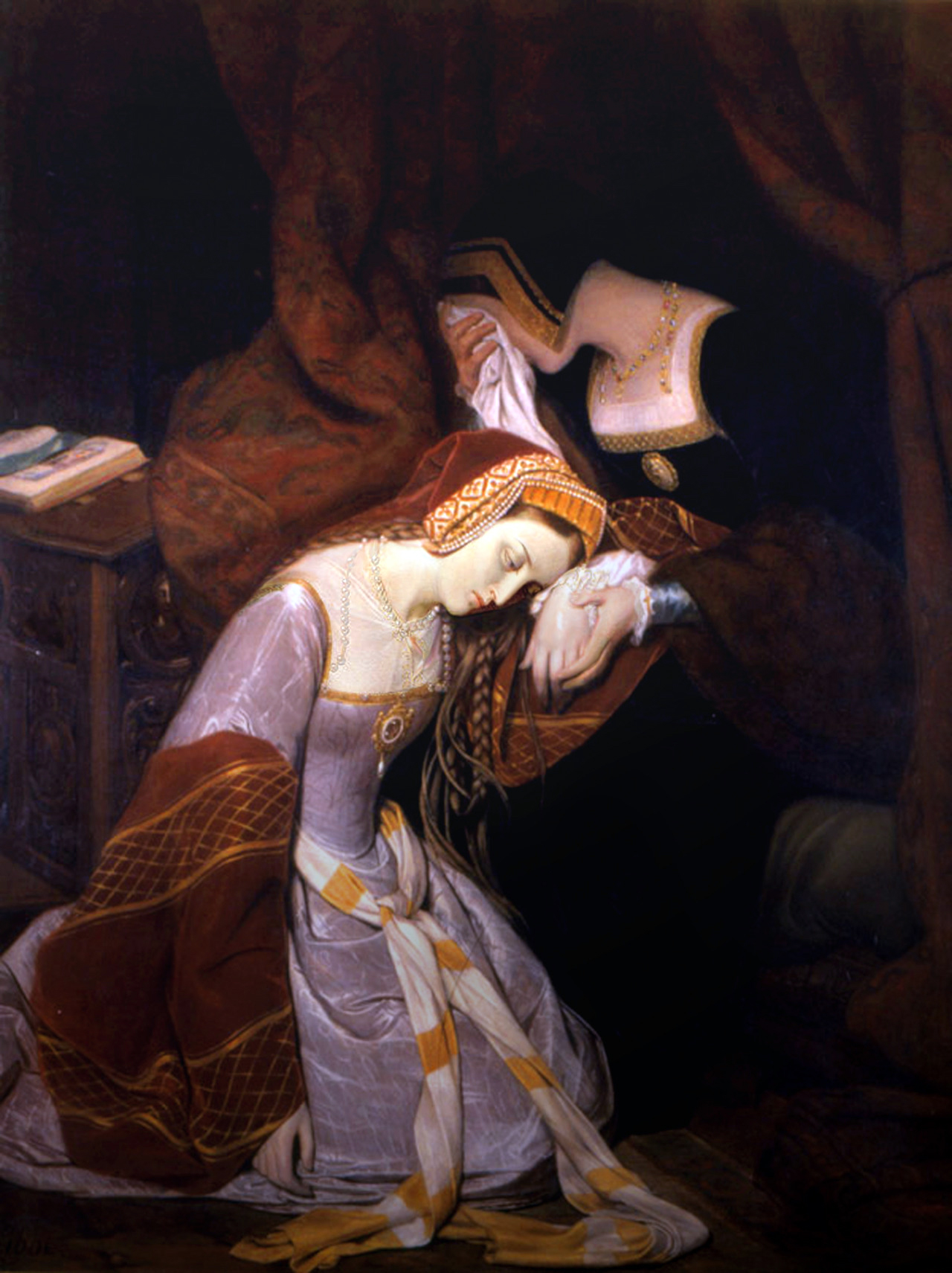 Anne Boleyn in the Tower, c. 1835, courtesy or Wikimedia Commons.

“The uneasiness my doubts about your health gave me, disturbed and alarmed me exceedingly, and I should not have had any quiet without hearing certain tidings. But now, since you have as yet felt nothing, I hope, and am assured that it will spare you, as I hope it is doing with us. For when we were at Walton, two ushers, two valets de chambres and your brother [George Boleyn, later Viscount Rochford], master-treasurer, fell ill, but are quite well; and since we have returned to our house at Hunsdon, we have been perfectly well, and have not, at present, one sick person, God be praised; and I think, if you would retire from Surrey, as we did, you would escape all danger.”

The English Sweating Sickness was a very serious disease, and could kill a person displaying symptoms within as little as three hours. One of the symptoms was profuse sweating. An outbreak of the disease in 1528 was particularly deadly, and even reached onto the Continent. It is still not entirely known what exactly the Sweating Sickness was.

Henry was reportedly afraid of illness. Grasping at straws, perhaps to comfort himself, Henry goes on to tell Anne,

“There is another thing that may comfort you, which is, that, in truth in this distemper few or no women have been taken ill, and what is more, no person of our court, and few elsewhere, have died of it.”

A person did not die within the first twenty-four hours of showing symptoms, he or she was very likely to survive. The disease frequently infected the young and wealthy, and it is unknown how the disease spread. Given that the outbreaks typically occurred in the spring and summer, insects were likely vectors.

Henry tries to comfort her and reassure Anne of his love for her, despite him flitting about the countryside to escape the Sweat,

“For which reason I beg you, my entirely beloved, not to frighten yourself nor be too uneasy at our absence; for wherever I am, I am yours, and yet we must sometimes submit to our misfortunes, for whoever will struggle against fate is generally but so much the farther from gaining his end: wherefore comfort yourself, and take courage and avoid the pestilence as much as you can, for I hope shortly to make you sing, la renvoyé [the return].”

It seems that Anne Boleyn herself was terrified of falling ill, and that the distance from Henry for an unknown length of time was eating away at her.

Henry closes the letter by telling Anne of his desire to be with her, and that he wishes Anne were less afraid,

“No more at present, from lack of time, but that I wish you in my arms, that I might a little dispel your unreasonable thoughts. Written by the hand of him who is and always will be yours, Im-H.R.-mutable.”

Sadly, Anne would learn in another ten or so years just how changeable Henry’s love was.