Mary of Guise was born 22 November 1515 to Claude of Lorraine, the Duke of Guise, and Antoinette of Bourbon. She was the eldest of twelve children. Mary was first made a wife in 1534 at the age of eighteen when she married the Duke of Longueville. She had two sons with her first husband, the second of whom died young. The Duke of Longueville passed away in 1537 when Mary was only twenty-one. She was then courted by both Henry VIII of England and James V of Scotland. 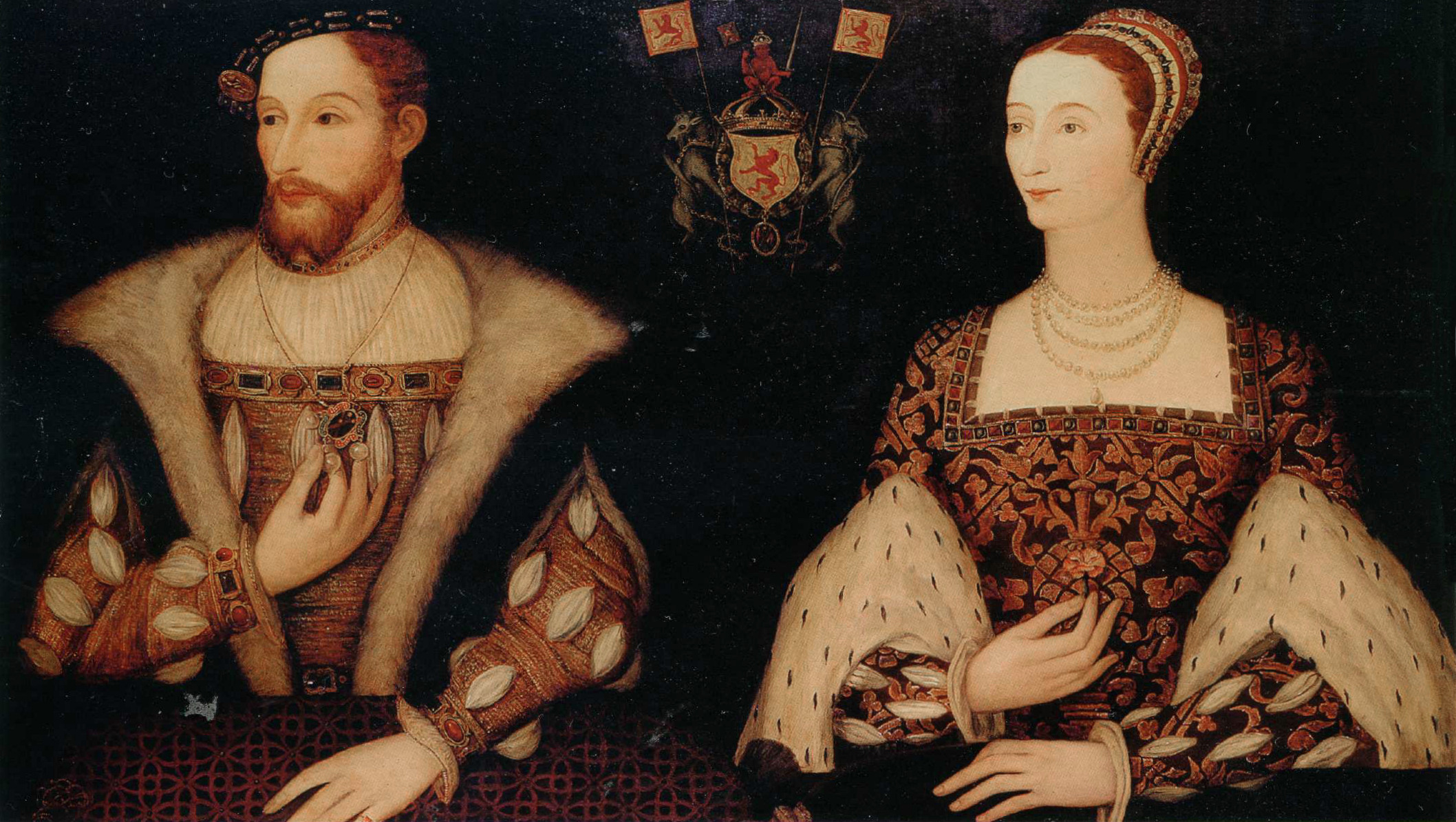 James V of Scotland’s first French bride, Madeleine of Valois, died in the summer of 1537. James had travelled to France to meet his first bride Madeleine, but also had the opportunity to meet Mary of Guise. It was reported that Mary of Guise was second in his affections. Mary avoided the marriage to James’ maternal uncle Henry VIII and went on in May 1538 to marry James by proxy in Paris, and later married him in person after her arrival in Scotland. Mary brought with her a dowry given by Francis I of France, father of James V’s first bride, and it was large enough to be of the same value as a French princess. Of Mary of Guise, Margaret Tudor wrote to her brother Henry VIII, “I trust she will prove a wise Princess. I have been much in her company, and she bears herself very honourably to me, with very good entertaining.” Mary would leave behind her three-year-old son, who was now the Duke of Longueville.

Mary’s coronation happened on 22 February 1540. She was pregnant with her first son by James V, who was born in May of 1540. A new crown was made for the occasion, which was set to take place in Holyrood Abbey. Ladies were summoned from all over Scotland to attend. The abbey was hung with tapestries, and items were move for the occasion from the Holyrood Palace chapel to Holyrood Abbey. A thirty-gun salute marked the occasion, and fireworks were lit just up the hill at Edinburgh Castle. Mary used a gilded scepter for the coronation, too.

1.The Tomb of Mary, Queen of Scots

7 thoughts on “Coronation of Mary of Guise”