On 24 February 1525, the Battle of Pavia was fought as part of the Italian Wars that began in 1521 and ended in 1526. The French troops, led by King Francis I, fought against the Holy Roman Emperor Charles V’s Imperial army, which was reinforced by Spanish troops. The battle lasted around four hours, with the French taking heavy casualties. Francis himself was taken captive and eventually forced to sign the Treaty of Madrid. It also decisively removed the French threat to Hapsburg Italy.

Marguerite of Angouléme, Queen of Navarre by Francois Clouet c. 1527

After almost a year of being a prisoner, Francis I’s mother, Louisa of Savoy, who exclaimed to her son, “[o]ur good angel has abandoned us. Your horoscope forecasts disaster,” contacted Suleiman the Magnificent. Suleiman the Magnificent, as he is known in the West (Suleiman the Lawgiver, or “Kanuni,” in the East) was the Great Sultan of the Ottoman Empire. Louisa had hoped to create an alliance with Suleiman that would see at least the release of Francis I and at most a Hapsburg defeat. Suleiman agreed to help the French and asked Charles V for the immediate release of Francis I, along with other terms. When that did not happen by the summer of 1526, Suleiman and his army moved toward Hungary, in hopes of attacking Vienna.

Charles V demanded a third of French territories and Francis I’s claim to Italy, about which Francis I opined, “I am resolved to endure prison for as long as God wills rather than accept terms injurious to my kingdom.” Part of Charles’ request was that Francis give up his claim to the territory of Burgundy. Much effort was put into determining who ultimately had a hereditary right to Burgundy, but neither the king nor the emperor would easily give up their claim.

In summer 1526, Francis was moved from Italy to Spain. Francis was able to take some advantage of his situation in that he had the opportunity to compose songs and poetry. He was eventually placed in a citadel in Madrid.  Marguerite, very aware of her brother’s situation, corresponded with the Marshal of Montmorency, who was with Francis during Francis’ captivity. Marguerite wrote to Montmorency,

“True is it, nevertheless, that all my life I shall bear you envy that I cannot perform towards him (the king) the offices you are now fulfilling; for where the will to do so surpasses all that you can feel, fortune serves me ill, by rendering the way difficult to me, a woman. I hope that God, who knows this my earnest desire, will reserve for me an hour when I, too, may have my turn; when life, death, and everything which can either be feared or desired, will be voluntarily sacrificed for him. I beseech the Almighty to grant me this opportunity.

Soon, Marguerite’s prayer to serve her brother would be granted. Francis’ health began to decline heavily during his stay in Madrid, as he was experiencing an ague that could be explained by symptoms from syphilis, recurring migraines, and battle wounds. By September 1526, he was in a very poor state. Both Marguerite and their mother Louisa were beside themselves with worry as to Francis’ health and whether he would survive his ordeal.

Marguerite had gone through a very trying time since Francis’ loss at Pavia; her own husband was accused of turning his back on Francis and leading the remaining French troops in a retreat to France. Marguerite found her husband’s betrayal deplorable and, at first, refused to have an audience with him. She finally relented once it became obvious that her husband was dying of some illness. She found herself a widow during the spring of 1525. Marguerite would spend the next year agonizing over the fate of her brother,

Marguerite’s full attention turned to releasing her brother Francis from the emperor. Their mother Louisa was acting as regent for France while Francis was in captivity. Finally, by late summer 1526, it was settled that Marguerite would travel to Spain to treat with Charles V on behalf of Francis, in hopes of bringing her brother back with her. She was granted extraordinary, unlimited powers as an ambassador of France. It should be mentioned that this journey would be exceptionally dangerous, given that the passport granted to Marguerite allowing her to enter Charles V’s territory was valid for only three months, after which she, a very eligible widow who had taken control of her deceased husband’s territories, would become the emperor’s prisoner. This caused no small discomfort to Marguerite and Francis’ mother, the regent Louisa.

Marguerite arrived in Madrid in early September 1526. Francis was in such a way from illness that it was presumed he would die, and indeed, such rumors routinely wound their way back to France and were whispered on the streets. As a firm believer in the Christian religion, though herself a Reformist, Marguerite immediately took to praying over her brother. At his worst point, Francis was unable to eat or drink. A mass was said over him, during which Marguerite took the Host, requested that it be blessed, and convinced Francis to eat half of it. In a seemingly miraculous fashion, Francis began to recover. 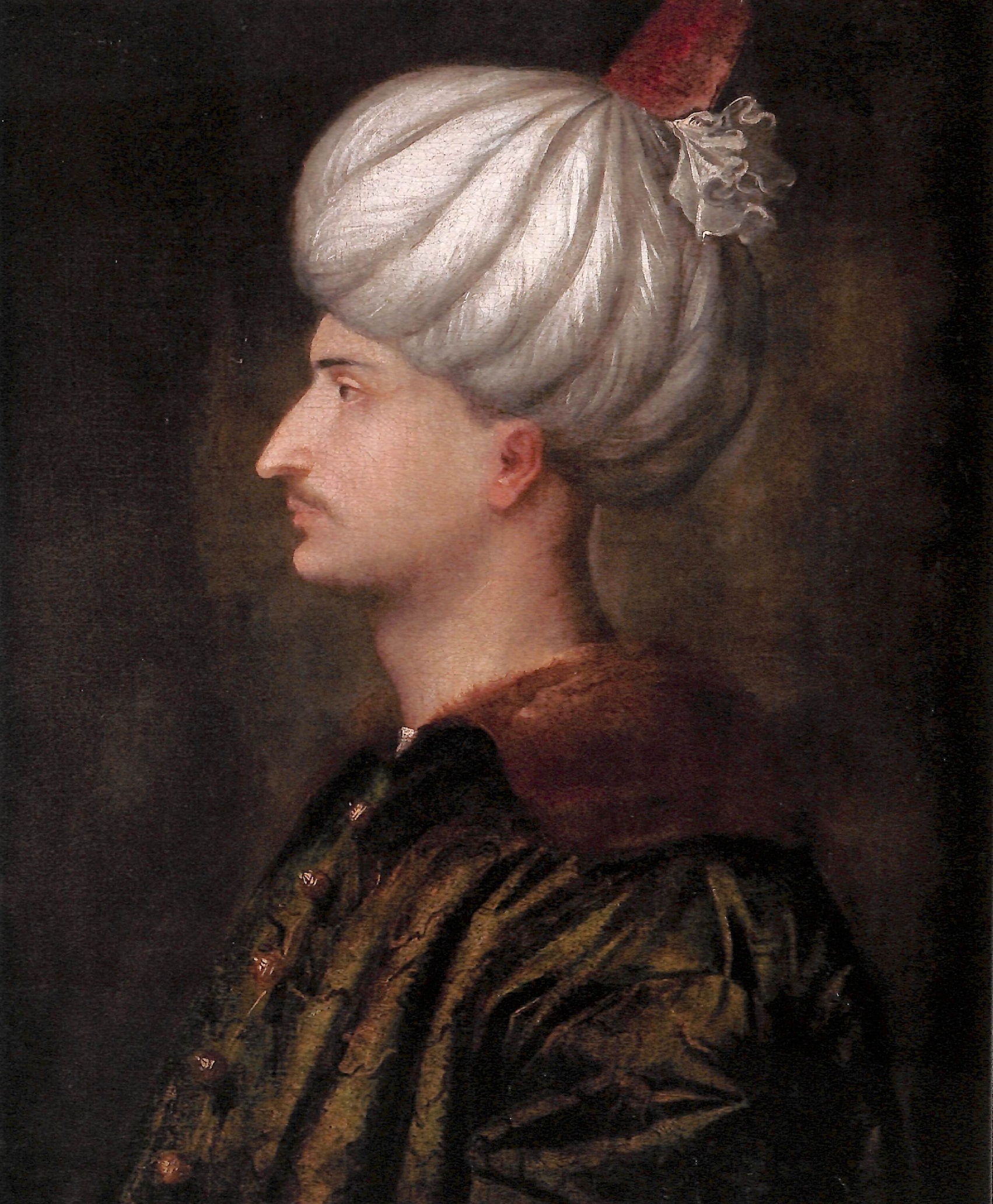 Once Francis finally seemed to be out of death’s grasp, Marguerite traveled to Toledo in mid-September to meet with the emperor and negotiate the terms of what would become the Treaty of Madrid. She did warn Francis not to let on that his health was much improved, as the emperor had a great fear of Francis dying while he was in the emperor’s captivity, and Marguerite hoped that would sway Charles’ stance on some of the terms. A witty and intelligent young woman, Marguerite was well-received by the Spanish court and is said to have charmed even Charles V. Charles’ recently widowed sister Eleonore, Queen of Portugal, was also present in Toledo. Marguerite took advantage of that to speak highly of Francis to Eleonore in hopes of sparking Eleonore’s interest in Francis. Francis and Eleonore would later marry.

Unfortunately, the emperor Charles was unwilling to waiver from his demands on Francis, and did not meet with Marguerite in person as he promised to do. After about a week of Marguerite arguing her brother’s case and negotiating with Charles’ ministers, she became fed up. Marguerite then went to a Carmelite convent and waited for the emperor himself to come speak with her. Charles never did, so Marguerite eventually relented and went to Madrid to be with Francis again. Francis appeared to have relapsed. Undaunted though alarmed, Marguerite devised a much more unscrupulous way to free her brother: she would help him escape.

There was a slave of African heritage who routinely came to the French king’s chamber at around the same time each night to deliver firewood. He was of a similar height and weight to Francis. Marguerite convinced the slave to trade places with Francis, wearing the king’s clothing and lying in the king’s bed, while Francis donned the slave’s clothing and darkened his skin with charcoal. Then, Francis could simply walk out of the chamber, out of the castle, and on to freedom. However, it was not to be. A couple days before the plan was to take effect, a couple of the nobles who shared Francis’ captivity quarreled. Francis refused to settle the matter, and the more scorned party managed to tell Charles V of the escape plan.

To his credit, the emperor handled the escape attempt most discreetly, and did not arrest Marguerite. She herself was able to escape and wind her way back home to France, where rumors of Francis’ death still persisted. In the end, Francis capitulated and gained his freedom through forming a treaty with the emperor. Marguerite, while in Spain and after her return home, received letters from several important European personages of her day, including Desiderius Erasmus. Marguerite was known to be fluent in Latin and classic Greek, and could speak multiple modern European languages.

Though Marguerite was unable to actually free Francis on her own, she showed an unbelievable amount of bravery. Trusted by their mother the regent Louisa and by Francis, Marguerite traveled to Spain to negotiate the release of Francis, knowing that she herself could be taken prisoner at any time. When the emperor failed to stick with his promise of meeting with Marguerite, she responded by retiring to a convent and refusing to speak to anyone outside of her countrymen but Charles V. And, though defeated, she came up with a good escape plan for Francis, which could very well have worked had Francis’ informed attendants not had a spat a couple days prior. She certainly appeared to have played a role in the marriage negotiations between Francis and Eleonore, and earned the respect of Charles V and of many European personages while trying to free Francis. Marguerite was an incredible woman, with a sharp mind and, when it came to her brother, an enduring courage.

1. Marguerite of Navarre: Queen of the Renaissance

3. Coronation of Mary of Guise

9 thoughts on “Her Brother’s Keeper: Marguerite of Angouleme, Queen of Navarre Rescues Francis I from the Emperor”