The Ottoman Empire was founded in 1299 by Osman Uthman. Uthman’s name was transliterated into “Ottoman,” giving the Empire its name. For perspective, Edward I, known as Longshanks, was King of England. Philip IV, known as the Fair, was King of France, and Albert I was the Holy Roman Emperor. No one had given any thought to the Tudors, the Valois, or the coming might of the Habsburgs.

Sometimes called the “Turkish Empire,” the Ottoman Empire was founded in Anatolia. By the late 14th century, the Ottomans began their slow invasion to the northwest, over the Balkan mountains, and pushing into Western Europe. The Ottoman Empire started as the insignificant Beylik of Osmanoğlu. A Beylik was the jurisdiction controlled by a Bey, or governor. During the first half of the 14th century, the Beylik of Osmanoğlu grew in power, overtaking and absorbing its neighboring Beyliks along with taking up territory belonging to the Byzantine Empire.

The burgeoning Ottoman Empire experienced a setback, much to the relief of its defeated neighbors, in 1402 at the Battle of Ankara. The battle was fought between the Ottoman and Timurid Empires, led by Bayezid I and and Timur, respectively. The Battle of Ankara took place by Angora on 20 July 1402. Bayezid I, threatened by Timur, ordered his army to march in the middle of the summer from Constantinople to Ankara to fend off the advancing Timurid force. This is a distance of roughly 450 km or 280 miles. Upon arrival, Bayezid did not give his troops time to rest and recover before addressing the Timurid army.

Bayezid I, possibly by Paolo Veronese. via Wikimedia Commons.

As the Ottoman army forged ahead to meet the Timurid, the Timurid army snuck behind the Ottomans. When it came time to square off against each other, the exhausted Ottomans charged in with a massive force. The Timurids fended off the Ottomans with horse-borne archers. The Ottoman water supply was cut off, further straining the exhausted army. Bayezid escaped but was later captured, dying in captivity. The Battle of Ankara almost destroyed the Ottoman Empire.

After Bayezid’s death, his four sons fought over who would be the next sultan. From 1402 to 1413, the Ottoman Empire was without a sultan. This period was called the Ottoman Interregnum. Eventually, the son named Mehmed I won and ruled a reunited Ottoman Empire from 1413 to 1421. After that came Murad II, who ruled from 1421 to 1451. Under the reigns of Mehmed I and Murad II, Bayezid’s empire was restored.

The prize of Constantinople was a tempting conquest. Murad II attacked Constantinople, the capitol of the Byzantine Empire, around 1422 to 1423. Constantinople made peace with Murad II, and he left the city alone for the time being. After that, Murad II turned his attention to Venice. 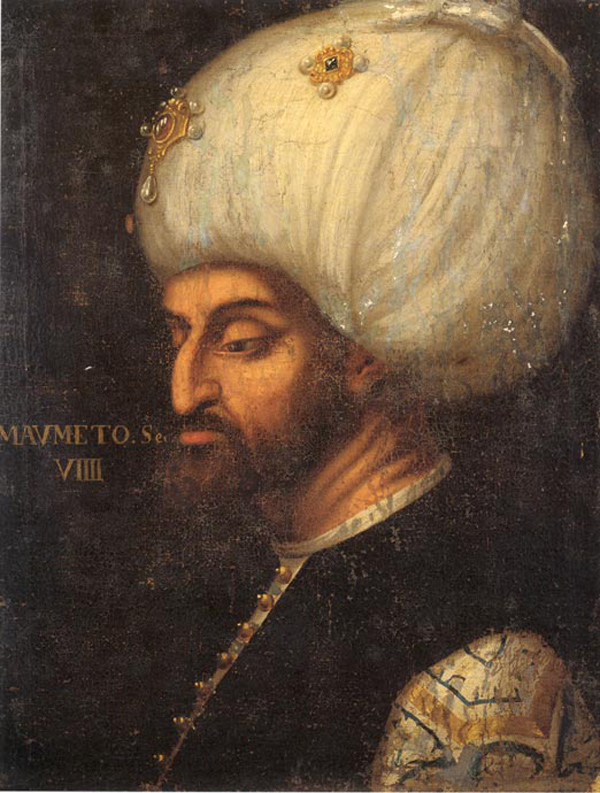 In the 1430s, Murad reoccupied Serbia and harried Hungary. Fighting with Hungary continued into the early 1440s before being settled by the Peace of Edirne. One of the provisions was that the Ottomans would no longer raid north of the Danube. After this, Murad II retired to a religious life and abdicated the throne to his son, Mehmed II. Pope Eugenius IV and the Byzantines believed that Mehmed II, who was all of 12 years old when he became sultan, would be easily defeated and the Ottomans expelled from Europe. The young Mehmed, later known as the Conqueror, would prove them wrong.

Love learning about history? Then pre-order my book, Anna, Duchess of Cleves: The King’s ‘Beloved Sister’, a new biography about Anne of Cleves told from the German perspective!

2 thoughts on “Who’s Afraid of the Big, Bad Turks? Part I: Background of the Turkish, Ottoman Empire”