In case you missed it on http://queenanneboleyn.com/2018/01/01/shooting-stars-the-bright-short-careers-limbourg-brothers-heather-r-darsie/

Herman (1385), Paul (1386/87) and Johan (1388) were born in the city of Nijmegen, in what is modern-day Gelderland, Netherlands. Artistic skill ran in the family for these brothers: their father was a wood-carver and their maternal uncle, a painter to Isabella (or Isabeau) of Bavaria, Queen of France. This familial connection to the French court provided the opportunity for the Limbourg brothers’ skills to be recognized. Johan and Herman were apprenticed to a Parisian goldsmith in roughly 1400. By 1402, Johan and Paul received a commission to complete the illustrations of the Bible moralisée, an edition of the Bible requested by Philip II of Burgundy. Philip II died in 1404, when the brothers were only halfway through the commission. As such, the project was never completed. 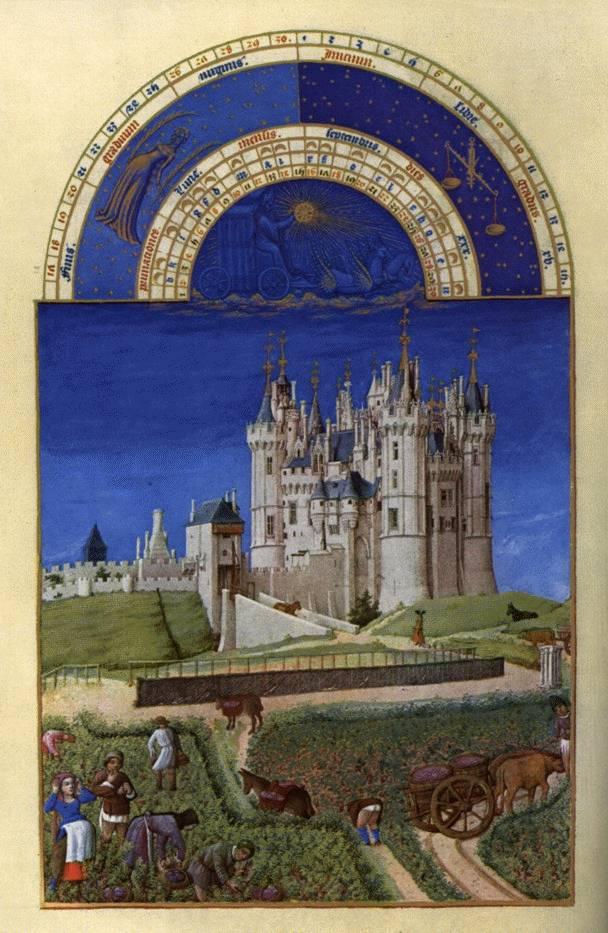 The brothers were then employed by the Duke of Berry. It is thought that the Limbourgs replaced Jacquemart de Hesdin,, who later died in 1409. The only project upon which just Herman, Paul and Johan worked is the Belles Heures, created between 1405 and 1409. It seems that each brother had his own skill that contributed to the beauty of their collective illuminations. Margaret Lawson discovered this century that one hand appeared to draw, one to paint, and another that was generally elegant. It is not known which brother possessed which skill, but Paul became the most famous of the three. Toward the end of their career, the Limbourgs added elements more commonly found in Italian illuminations.

The Duke of Berry was quite impressed with the young men and in 1411, gifted Paul a large house in Bourges. The Duke appointed the Limbourgs as his varlets de chamber, too. The Limbourg brothers were next commissioned in 1413 to create the Trés Riches Heures du duc de Berry, but sadly, the work was unfinished. All three brothers died in early 1416, likely from plague. To give some perspective, Herman was roughly 31, Paul 29 or 30, and Johan 28. The Duke of Berry died in 1416, as well. 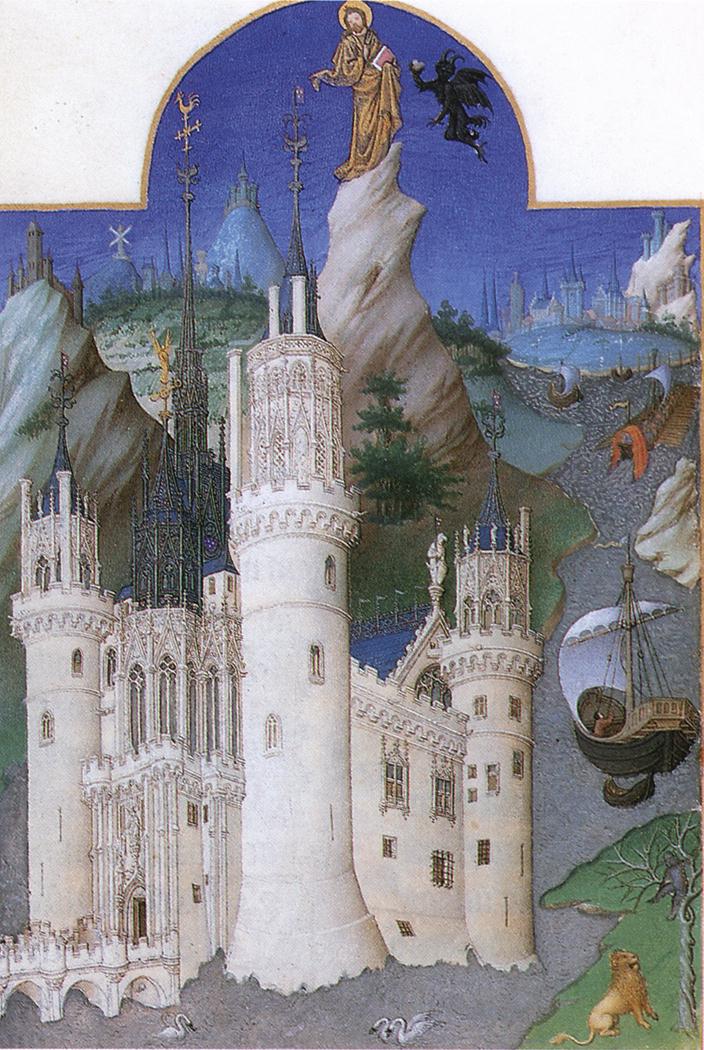 If you would like to learn more about the Limbourg brothers, the author would encourage you to watch this roughly hour-long documentary: https://www.youtube.com/watch?v=hn3o_T3IiNI

5 thoughts on “Shooting Stars: the Bright and Short Careers of the Limbourg Brothers”